‘100! puzzles’ a way to escape the stress An application that consumed my free time 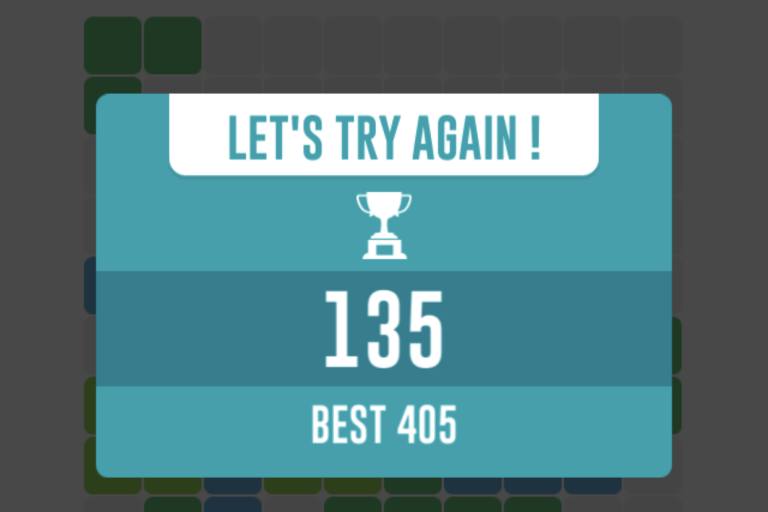 An application that consumed my time with both a fun puzzle game and ads after every round played. Though it had many advertisements, it still kept my interest and will keep a spot in my phone.
Rating: B- Photo Credit: Adriana Cayetano

With college applications due and many assignments adding up, I wanted to search for a game that both entertained me and helped me destress from schoolwork. My goal was to find a game that was able to help me relax, which was when I found the app “100! puzzles.”

My initial thought was that the application would be similar to Tetris and that I would have to piece each block together. As soon as the app opened, a tutorial popped up on the screen and guided me through the app; the goal was much simpler than I had thought. Once one row was filled, it would disappear and points were gained.

The way that the colored blocks were placed did not affect my score. The main focus was how many rows I could remove and how long I could go without running out of space. A strategy I found helpful was filling corners first which would fill the rows and columns faster.

A downside was that after each time I lost, an advertisement occasionally showed up. I usually do not get annoyed with advertisements, but they would pop up after each round I ran out of spaces. On one of my first rounds I had run out of room and the game only lasted five moves which resulted in a 30 second ad for a poker game.

Although the app contains many ads, it did keep my attention and helped me destress. If you want to eliminate the amount of ads in the app, an option was to turn on airplane mode and you are free to play as long as you want without having to wait for an ad to finish after each round.

I normally do not like puzzle games, but I was throughly entertained with this app and very determined to beat my high score of 405. This will be one of the few apps that will stay on my phone and I would recommend this for anyone trying to destress or anyone trying to try something new.