All the right ‘Intentions’ 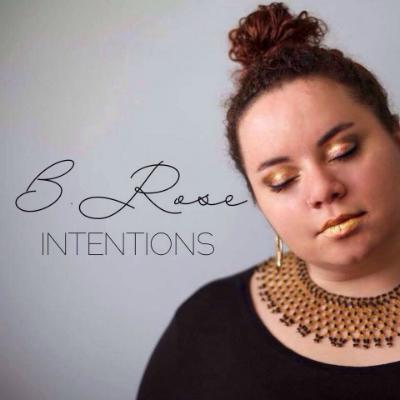 While a handful of the local talent in the city grasps straws when it comes to their climb to fame, soul singer Brittany Rose McKay‘s success is marked by her pedestal in empathy. Alongside her five-piece band of keyboardist Jason Corpuz, guitarist John Lloyd, bassist Jeremy Elises and percussionist Laron Johnson, McKay releases “Intentions,” an EP that connects with kindred spirits.

After being admitted to Las Vegas Academy of the Arts, McKay was able to stabilize her passion for performing and meet her current guitarist Lloyd. As partners in verse, the duo began to compose and record their own music, and have even shared the stage at Frankie Moreno Live at the Stratosphere. Once her high school years came to a close, McKay attended Berklee College of Music as a music business major. She returned to Vegas to settle down, and since then, has arranged gigs at various venues around the valley.

Her striking talent is a combination of the wholehearted power of Adele and the vintage vocals of Lianne La Havas. Although it may seem that the instrumentals in the background bear the weight of each song, it is actually her voice that does much of the grunt work.

McKay pins down distinct emotions with her words alone, especially in her freeform raps in “Seeing Double”: “The white walls make a square/That I call my home/They’re too bare without you baby/I hate feeling so enclosed.” Painting pictures with her poetically constructed lyrics and equally as heartwarming vocals, she successfully captures the flaws and foundations of love, making for a painstakingly relatable album.

The busy, bluesy instrumentals can sometimes drown out her iconic voice.Though her vocal endurance with her belting in “If You Care” is similar to that of a track star’s fuel at a 500-meter run, the thundering percussion competes with her strength.The empowering “Save You From Yesterday” reverberated in my heartbeats with her layered, crescendo harmonies, but I would have liked a greater emphasis on her voice.

Available on iTunes and Spotify, “Intentions” braves the expectations of soul music and creates an experience that outlines the individual strength of her persona. McKay deserves a larger (and brighter) spotlight in a city that takes pride in its talent.