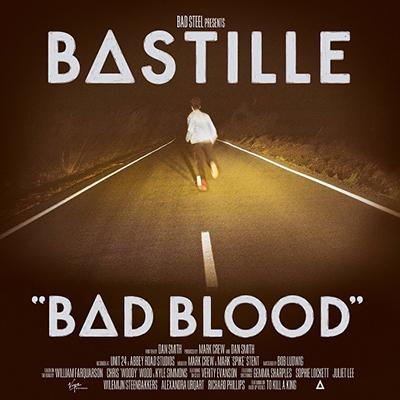 Sprouted from a solo project, singer/songwriter Dan Smith chose a group of friends to form the band Bastille in London, England in 2010. Attracting attention from tracks placed online and performances at major U.K. festivals like Glastonbury and the Isle of Wight scored the band a deal with the hip indie label Young and Lost Club. And with release of their debut singles, “Flaws” and “Icarus,” an audience was found for the neo-synth pop group.

For much of the album, Bastille chooses to do a consistent comparison to how one was before and what was lost in a self-battle. An example of that is from, “Weight of Living Pt. II,”  with the line, “All that you desired, when you were a child,” and, “Now that you’re here, suddenly you fear/you’ve lost control.” This song is a reflection of not only the album, but the band itself as it implies the hardships each member must’ve faced in order to achieve their success today.

In short, for those who like music that is ‘80s-inspired with a touch of neo-synth pop, make this the next album you buy.