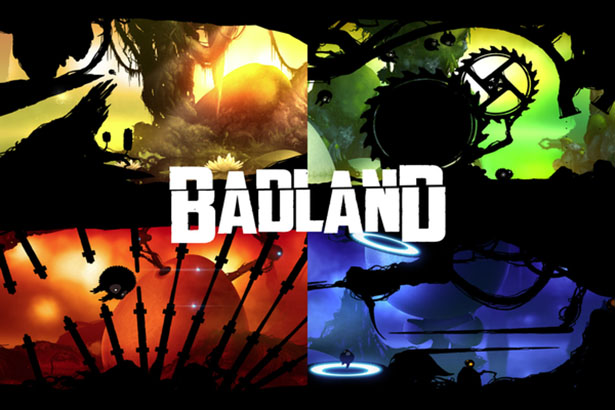 Innovative and beautifully atmospheric, BADLAND sets itself apart from other side-scrolling games in the app world. While the theme seems dark and intimidating at first, the game is highly addictive and charming in many ways.
Photo courtesy of Badland Gaming

Boredom can easily be conquered with an app like BADLAND. At first glance the game seems simple, dark themed and average, but a closer look will show its true potential. The theme throughout the app is a dark foreground with beautiful settings that are constantly changing. Not your typical side-scrolling game, BADLAND utilizes the use of tapping and holding to move an adorable character around obstacles; and no, it is not like Flappy Bird.

Just a few of the obstacles you must face throughout the game are explosions, rotating saws and poisonous objects. As violent as that may sound, the game keeps a childish feel with simplistic yet elegant graphics that resemble indie games such as “Limbo.”

There are four main stages throughout the game which follow a timeline throughout two days; these are Dawn, Noon, Dusk and Night, each of which give off a whole different aura. The background changes and develops throughout the game, all the while supported by unique and realistic sound effects. Some levels seem easier than others, and some take multiple tries to get right. Unlike many apps that require you to pay for power-ups to progress, BADLAND allows you to skip checkpoints if you are unable to pass it after multiple tries.

The basis of the game is uncomplicated, but new power-ups and obstacles are introduced that increase the game’s complexity. To name a few, certain power-ups make your character smaller/larger, spin uncontrollably and clone itself. The use of portals is even incorporated in later levels. More and more components are added as the game progresses, making your experience unpredictable and interesting at every turn.

BADLAND is free for Android, but slightly pricey for iOS products. The free version has minimal ads, all of Day One’s levels, and eight multiplayer levels, but I feel the app is completely worth buying for the extra content.