Battleborn: 2k’s last hope for greatness A great mix between an FPS and a MOBA 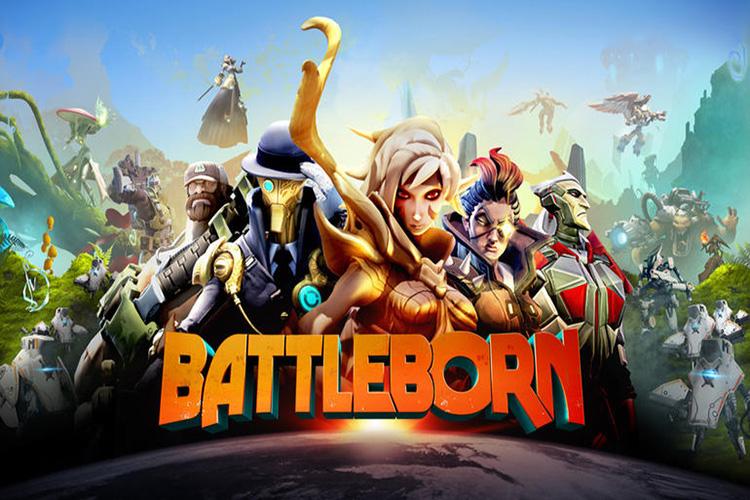 No one likes pre-ordering anything—especially games. Questions like “Is this game going to look and play as well as the trailers say they will?” are the main reasons why pre-ordering can sway the skeptics. Although Battleborn is technically not out yet, the open beta this week proved that this game will not be a complete flop like 2K‘s past titles. I’m looking at you, Evolved and Borderlands: The Pre-Sequel.

Instead of a generic “loot and shoot” game, Battleborn caters to the needs of multiplayer online battle arena (MOBA) players. Games like Dota 2, Heroes of the Storm and League of Legends are prime examples of great MOBA games, albeit their less-than-appealing community. But one common element of these three games is that they’re all in the top-down perspective. Battleborn however, ties in MOBA elements like a progressive objective style of winning with FPS traits like constant bullet storms.

Some may argue that this Frankenstein-like combination is just a recipe for failure—but 2K managed to blend two genres perfectly, like their beloved role-playing shooter series, Borderlands. From my eight hours of gameplay, the main premise of the multiplayer mode is that there are lanes with minions that you have to lead in order to destroy multiple turrets, along with fighting other players and NPC enemies. It’s not difficult to get into, and it’s quite easy to rack up kills and have a crowd of angry 12-year-olds yell at you. But the multiplayer mode is not the bread and butter of the game, the campaign mode is.

The main storyline, in a nutshell, is that there is a large variation of heroes that are banded together in order to save the universe’s last star. Cool right? But I haven’t played enough to figure out the whole story, since the game was just released as a beta. The real enjoyment, however, comes from the dialogue from the characters you play as. Without spoiling anything, the script is just as witty as the Borderlands series is known for.

So, the game is enjoyable, that’s all a good game needs right? Wrong; the business model of this game is following the same path that new releases are taking. It’s a $60 game that is also planned to have paid downloadable content,and a lot of it. I will not spend nearly a $100 just to play a game to it’s fullest; it’s absolutely absurd that this has become the standard for most games. For example, Battlefront has an expansion pack with a price tag of $50, while the base game is lackluster and void of any enjoyment after only two hours of gameplay.

Although the game is still in beta, Battleborn will still cater to MOBA and FPS fans without being overbearing, but it will not end up on my personal top three games of 2016. I haven’t played all of the game, nor have I tried the full release, but I’m hoping against hope that Battleborn will be a great release. May 3rd is not that far from now—maybe I’ll pay full price for the game, or maybe I’ll just play Overwatch instead.