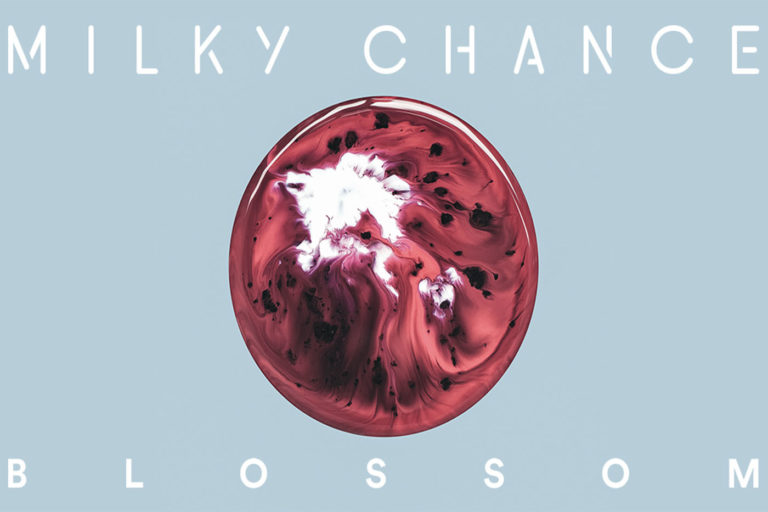 ”Blossom” is infused with original instrumentals and poetic lyrics creating the perfect combination for the indie album. The group had decided to focus on making the album about self reflection, in turn blossoming from within.
Rating: A Photo courtesy of Ignition Records

Before listening, I assumed the sound of “Blossom” would be similar to their first album “Sadnecessary,” which had a relaxed vibe; however, I was pleasantly surprised when I was greeted with upbeat tunes that contrasted their previous project. Showcasing a raw and modernized take on folk music, each song on the album includes a unique combination of instruments that sets it apart from most groups of the same genre.

Initially, I found it very difficult to understand the lyrics being sung by Clemens Rehbein because of his gravelly voice and discreet mumbling, so I looked up the lyrics and followed along with the music. Mysterious and poetic, Milky Chance leaves their songs up to interpretation for listeners to relate to their own lives. For example in “Piano Song” Rehbein sings: “Have you ever seen / how far it is / to the place where we are to dream / can you better hear the storming folks / whispering in fear, roars the most.”

Immediately after listening through each track, I knew “Bad Things” was my favorite. With carefree lyrics and an upbeat keyboard holding the song together, Milky Chance collaborates with English singer-songwriter Izzy Bizu who incorporates high-pitched vocals that adds an element to the song that I haven’t heard before. I loved how halfway through the song an intense drum beat and guitar was included, enhancing the track’s optimistic effect.

Although lyrics were indecipherable at times, “Blossom” flows with folk infused indie-pop vibes and introduces Milky Chance’s energetic side. Summarizing the process of finding happiness, “Blossom” blurs the lines between genres without being overwhelming.