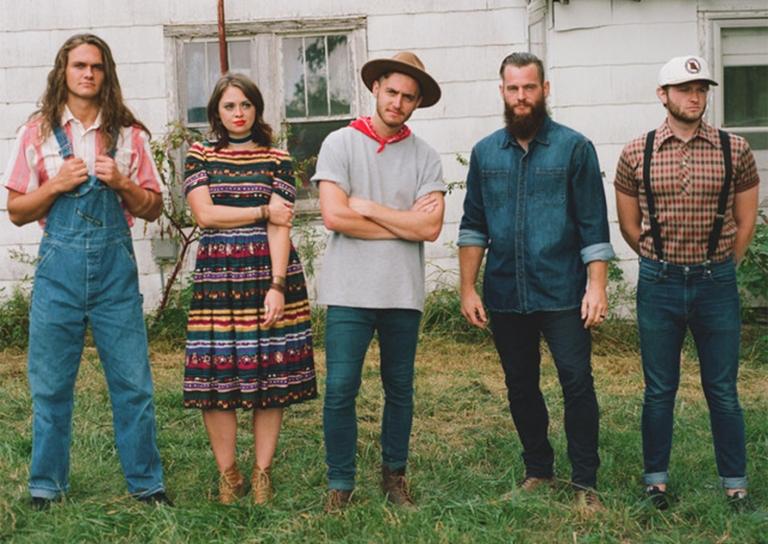 Incorporating different elements from indie, pop and folk, band Dawson Hollow releases their first complete album. The album successfully created a layered sound without getting carried away in the instrumentations.
Rating: A Photo courtesy of Dawson Hollow Spotify

As my first folk album review, I wanted to listen to “Boy of My Youth” with unbiased ears. After releasing two singles at the end of 2017, the Missouri based group Dawson Hollow published their first album.

The band consists of five siblings who are carrying on the passion of the six generations of musicians before them. Since 2002, the family has been writing and creating original music under the band name Link Union which included two other family members. While each band member plays a role, they all sing and four of the five partake in writing the songs. Dawson Hollow creates an environment within their songs through the lyrics about self-reflection, adventure and family.

Of the thirteen tracks, my favorite is “Silver Moon.” The intro seamlessly flows with the smooth, mellow tones of electric guitar under the aggressive vocals, making for a peaceful, yet vibrant vibe. This is the only track on “Boy of My Youth,” to include a more aggressive set of vocals from the band, which I surprisingly enjoy. Because of the guitar that reminded me of surf rock, the song takes on an indie characteristic and creates dimension on the record.

Experience What It’s Like for A Teenager in 2021 With ‘Heavy Hitting Hurts My Head’ Christian Leave perfectly depicts the thoughts, fears, experiences teenagers go through as they grow up

The violin in the background offsets the indie tones to create an original folk sound without becoming hectic. A majority of the album’s energy stems from the instrumentals, which includes banjo, violin, cello and fiddle. While listening to the complete album, I realized I was expecting the songs to end when they were only halfway through. A majority of the thirteen tracks were about five minutes long; they felt as if they dragged on. I found myself trying to make it through the next minute and a half, but I ended up just skipping the rest of a lot of the songs because of the extended instrumentals.

Despite the songs’ length being the only sub-par element, Dawson Hollow successfully paves the path for their following music career. I enjoyed how the indie infused folk band is able to blend a number of instruments to create a new folk sound. The band is able to add new elements to an antique style without overpowering their talent. I would recommend “Boy of My Youth” to pop, indie, alternative or folk fans.