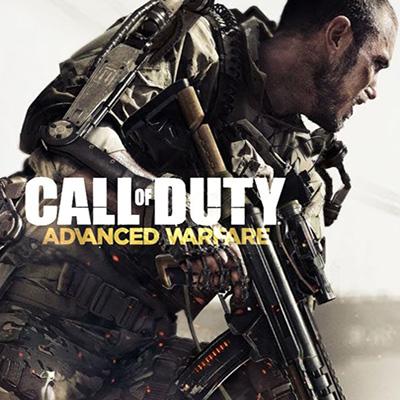 “Call of Duty: Advanced Warfare” has gone to great lengths to reinvigorate the “Call of Duty” series. From the unsettling vision of power mercenaries running amok to the enhanced exoskeleton suit, this iteration is the most successful departure from what’s expected from a “Call of Duty” game since “Call of Duty: Modern Warfare 3.”

Set in the year 2054, the United States Marine Corps participated in a battle against North Korea in Seoul, South Korea. In the midst of battle, Private Jack Mitchell’s left arm is severed from his shoulder, forcing him to be discharged from military service. Given an invitation to join the Atlas Corporation, the world’s most powerful private military contractor, Mitchell accepts and is given an advanced prosthetic arm as a reward.

Now in 2060, the Sentinels and the United States Army attack New Baghdad to bring justice, but Mitchell soon discovers that Jonathan Irons, CEO of Atlas Corps, has enough Manticore (a bio-weapon created to kill those not part of Atlas Corporation) to attack every military base in the world and will launch missiles shortly. With the fate of the world at stake, Mitchell must now try to take down Irons and attempt to end the war against Atlas.

Though few in number, the addiction of vigorous tasks gave the player freedom as to how they would like to complete it. More on the stealth level than any other, I got the opportunity to grapple ledges, sneak through bushes and scout around to find unguarded paths through highly patrolled areas. The game made me feel superior without the need to wreak havoc on the environment. The rough transition from stealth to combat can be considered a failing point because of the high chance of being caught, but not enough to hinder the overall performance of the game.

“Call of Duty: Modern Warfare 3” incorporated a reward system that excelled in the multiplayer mode. It is a no-brainer that “Call of Duty: Advanced Warfare” not only followed that tradition, but expanded upon it. Spread throughout the mode, I quickly earned mass amounts of cosmetic items, new weapons and temporary perks. I also unlocked a number of attachments that distinctively changed the way I played. These unlockables complimented the traditional XP system and challenges for each weapon. Though there was an abundance of items and skins earned, I did not feel overwhelmed nor did I feel compelled to use them.

Adding a robotic suit in “Call of Duty: Advanced Warfare” could be considered a shameful addition to the series, but the way Sledgehammer Games chose to integrate enhanced abilities and choices into every aspect of how I fought though went beyond my expectations. By designing the levels in the campaign, this game is granted an importance that changes how the fast-paced shooting action felt in all three game modes.

This is “Call of Duty” game to the core, but one that reuses as little as possible while still retaining its strength. Sledgehammer Games took a clear risk by adding these new devices, but based on the standards set by previous games, “Call of Duty: Advanced Warfare” succeeded the most in comparison to the rest.