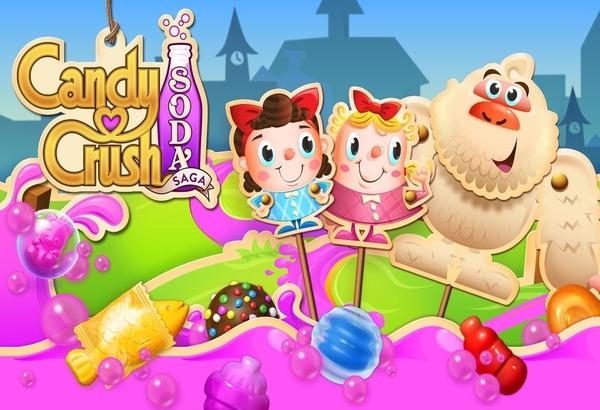 The sequel to the original "Candy Crush Saga" offers new features and additions, but is in desperate need of technical improvements. Similar apps: Grade: Photo courtesy of Google Play

After achieving global success with the addictive, strategy-based app that captivated audiences both young and old, entertainment company King rolls out with its sequel: “Candy Crush Soda Saga.” Similar to the predecessor, lining up three or four candies of the same type is the core of the game, but adds some new features, such as soda and gummy bears.

The most significant difference between the app and its prior version is in the title itself: soda. This addition simply changes the flow of which candies fall, and instead, makes them rise to the top of the game board. Making matches with colored soda bottles causes the soda level to rise, allowing you to crush candies and clear the way for the gummy bear to surface above the candy string, completing the level. Although I viewed this new system to be petty and unoriginal, it did make for difficult gameplay that caused me to stop and plot out every move.

http://youtu.be/6HqDTRnQTmY
The theme of the game is childlike with its splashy and multicolored universe, but its gameplay can stump even the oldest audiences. Match-making becomes more complicated when trying to complete the assigned objectives, such as scoring enough points, making matches to uncover gummy bears, and my personal least favorite: destroying all the (regenerative) chocolate blocks.

Like “Candy Crush Saga,” these objectives need to be completed within the number of moves given. As I progressed into the later and more difficult levels, I learned that 20, or even 30 moves were not enough for me to be successful, but it was most likely just my mediocre skills speaking. Regardless, I always appreciate a challenge, which the series never fails to serve.

Failure is not uncommon in these seemingly simple games that require you to think ahead, like chess or checkers. With each unsuccessful attempt at completing a level, the player loses one life out of their five, which is only earned every 30 minutes. This extensive wait time did nothing more than spoil my experience. I was often tempted to spend a dollar or two on gold bars (the virtual currency of the game) to refill my lives and continue with my bittersweet journey across the game’s level map.

However, there were several major flaws in regards to the app’s performance. As I played the game, I noticed that my battery life had drained a whopping 10% in a matter of only 10 minutes. Also, severe lag was present almost each time I attempted to progress through level after level.

While I did enjoy crushing candies for hours on end, and was eventually addicted to the game for a short period of time, the inner workings of the app did no justice to the potential of the gameplay. Fans of its predecessor will be intrigued with the new features, but will not be able to fully enjoy the game due to its instability. Nevertheless, the “Candy Crush Soda Saga” is worthy of playing, aside from the technical issues.