Test your judgment and reflexes with ‘Color Switch’ Navigate through moving, color-changing obstacles while battling against gravity 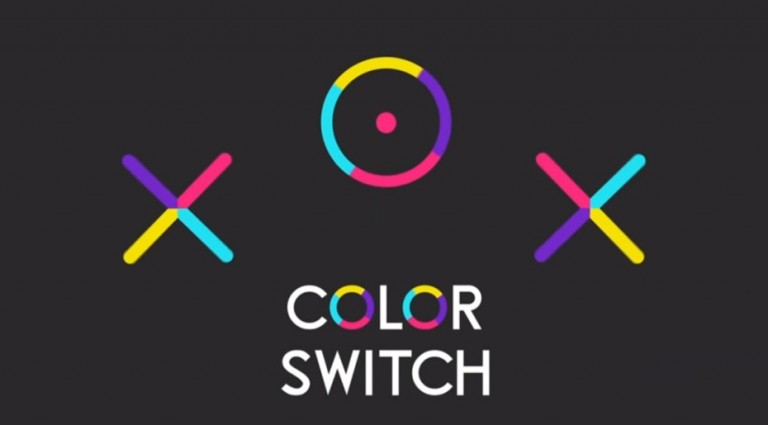 Developed by Fortafy Games, “Color Switch” uses the minimalist approach in the pursuit of an app that will break ground in entertainment. Pulling ideas from the famous “Flappy Bird,” the game is actually quite difficult and requires aptitude in timing, judgment and reflexes.

Neon shades of pink, yellow, blue and purple stand out against a dark background. Obstacles of various shapes, sizes and colors, like triangles and rings, shift around the playing field to create a vertical maze. Battling against gravity, the player must navigate his or her ball through these impediments to achieve the highest score possible and collect stars, a form of currency. Each tap causes the ball to climb higher through the course, and naturally, the ball will descend unless tapped repeatedly.

However, another antagonist lies in the mids: the color-changing balls. Depending on the color of the balls, the player’s ball will change to that color. The player can only pass through obstacles of that color. With the number of obstacles traveling through the screen during a single moment, I was impressed with the absence of any form of lag.

“Color Switch” has various game modes that enhance the existing gameplay. ‘Challenges’ features several finite stages the player must go through. ‘Reverse’ causes the ball to travel downward, rather than upward. ‘Races’ creates a ghost ball for the player to compete against. ‘Cave’ darkens the screen and only enables visibility to a close proximity from the ball. ‘Color Swap’ automatically changes the color of the ball as the player progresses through the course. ‘Color Fly’ creates a playing field similar to “Flappy Bird,” an app notorious for its rage-inducing addiction.

The game modes add much-needed variety to the app. While playing through the normal game mode, I began to lose my interest due to its repetitive nature; the obstacles’ patterns of movement became predictable. Some players may find further entertainment with the game modes, but I immediately became disinterested with those, as well, for the same reasons.

Players can spend stars at the store to change the shape of the object they are using to navigate through the course. Unfortunately, the app does not show you what the items up for sale until you actually make the purchase.

“Color Switch” is successful in combining an aesthetically pleasing playing field and a simple, yet challenging concept to generate an app worthy of hours of play—well, until boredom strikes. Free for both Apple and Android users, the game’s entertainment factor is only temporary, but the play style can become addicting for some.