Create your own masterpiece in ‘The Unfinished Swan’ 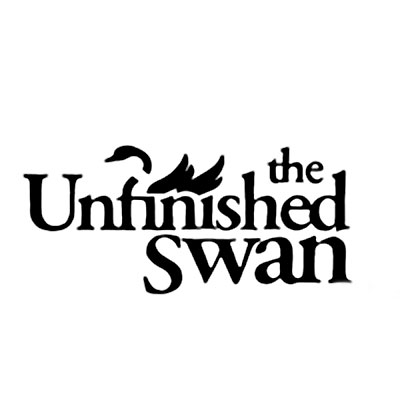 The legacy that Journey and Flower created is met once again through the collaboration of Giant Sparrow and thatgamecompany to create “The Unfinished Swan.” Grade: A Similar Games: Journey, Flower, Limbo/Cloud Photo Courtesy of blog.us.playstation

Developed by Giant Sparrow and thatgamecompany, “The Unfinished Swan” stands as an interactive canvas that tells a story. With a barren and vast area of space, it stands as a tundra that lingers to be filled with color as the player progresses. The game transforms art into an enigmatic story with merely the provision of a blank realm.

“The Unfinished Swan” is based on the story of  Monroe, an orphan boy whose mother’s passing left him with the wealth of her unfinished paintings. The orphanage would only allow him to keep one, named after the game itself, and it is on a seemingly ordinary night that he awakes to find the unfinished swan he chose missing from the painting itself. In search for this swan, Monroe hops into the painting and is sent on a journey to find it.

However, the tale of Monroe is not revealed all at once. I had to navigate through the blank world to find a series of golden letters. At first, they did not seem to be of any importance to the game until I tossed a ball of paint at it. This revealed a passage, similar to one of a children’s picture book, read by a woman with a cheery voice, almost like a mother reading to her child. This may label the game as childish, but I thought this brought it to life. The passage revealed a part of the world that I missed the first time and allowed me to progress. The insight on Monroe added depth to the character himself, but given his situation, it also added a sense of irony to the boy’s life as it could be his mother communicating with him for the last time.

I could argue that a person would not have to toss a single ball of paint to navigate through a level, but the blank canvas alone encouraged a sense of exploration. I wanted to see what the painting would have looked like if it were completed. I did waste time trying to paint an entire area, but I cannot say that I am disappointed. The colored paint made it seem like I created a painting of my own and I often found myself standing on a high ledge to look down upon the ‘piece’ I created. I must say that there was some satisfaction in doing this. The contrast between the dark and light area heightened the beauty of any of the painted structures. The idea of creating my own world gradually diminished though as the levels progressed, but the game remained consistent with its visual finesse.

The idea of using paint to progress did offer a welcomed change that provided a new form of gameplay, but in later levels, the change was less intriguing and overall annoying. These levels focused on quick movements that could not be accommodated by Monroe’s rather slow control scheme. I would often get trapped underneath objects that laid in my path, making the experience more frantic than enjoyable. The general peacefulness of the game would then be interrupted again by the sparse spider attacks. These attacks caused a piercing screech to erupt, easily startling me and increasing the unwanted stress-factor.

With a bittersweet plot line and whimsical graphics, “The Unfinished Swan” excels gracefully in its clinquant glory, touching both the eyes and heart. The game itself emanates golden auras of adventure and leaves the player longing for the ultimate completion.