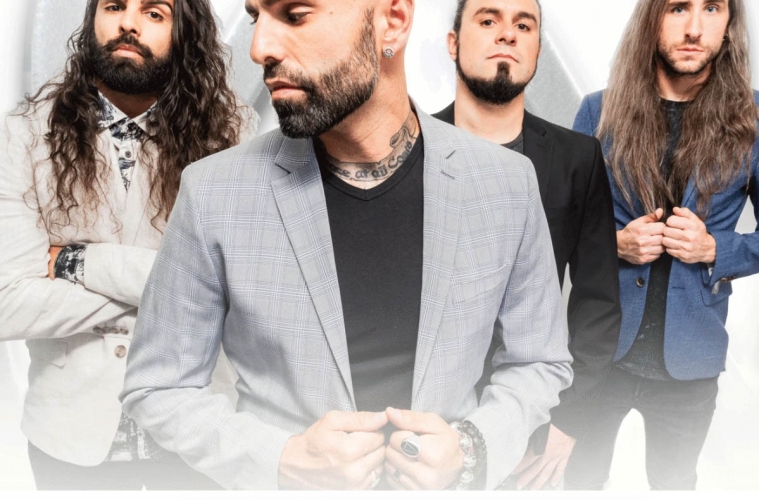 ‘Defy,’ features 11 rebellious tracks. Throughout the album, a variety of instruments and electronic elements can be heard, from the guitar to drums, along with the lead singer, Adrian Patrick’s, powerful vocals.
Rating: A Photo Courtesy of Otherwise Website

‘We’re all in the same sinking ship,’ band ‘Otherwise’ kicks off the first track of their new album, “Defy.” From “Crossfire” to “Unbreakable,” the band has shown its development from Las Vegas hard rockers to a multifaceted act.

The truth is spoken from the first track, “Bad Trip,” which sets the energetic pace for the album. It starts with a steady rhythm, which quickly transitions to a crescendoing chorus. The second and third track, “Money” and “Crossfire,” seamlessly transition into each other with complimentary drums and powerful guitar riffs. There is also a number of electronic elements scattered across the tracks.

Some of the tracks will raise listeners’ spirits with a faster tempo, while others are comparable to the band’s original work. The band holds nothing back and believes rock music should be dangerous. The track, “Don’t Even,” shows the band taking a socially aware stance on racial divisions and politics, telling listeners to ‘Just smile for the camera, for the human race.’

‘Fame and Miss Fortune” shows what it’s really like to be in the public eye with the powerful lyrics, ‘Checkin’ every seven minutes, hopin’ that ya might get noticed.’ The album comes to a close with the track “Good Fight,” which takes listeners on the journey of the desire to climb the ladder to success using powerful marching drums and Adrian Patrick’s vocals.

Throughout the album, Adrian Patrick and the band effectively show their ability to cross into different genres, while maintaining the band’s hard rock identity. If you are into hard rock and would like to listen to a local band that holds nothing back and has greatly improved, give “Defy” a listen.