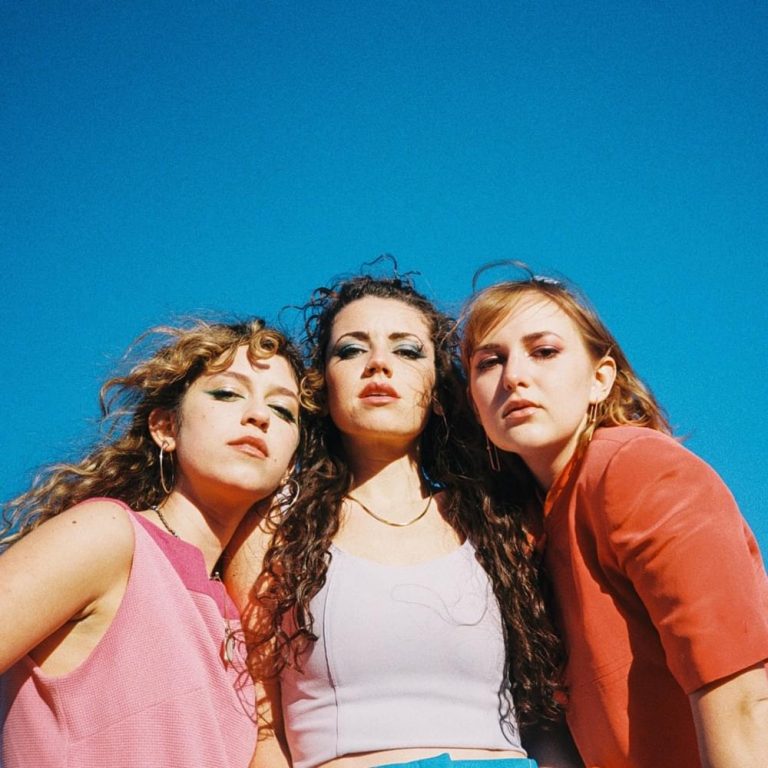 Releasing their very first EP, the trio, Trousdale, dulges into the angst side of love with slow-tempo songs.
Rating: B. Photo Credit: A1234

There are negative sides to everything, and love is not excluded. At some point in time, people will experience the difficult struggles of love, such as heartbreak and breakups. Trousdale’s first EP, “Look Around” concerns those specific topics giving listeners an experience of what relationships are like.

Members Quinn Andrea, Georgia Greene, and Lauren Jones met at the University of Southern California’s Thornton School of Music. After forming a trio, they started posting covers on social media and performing concerts at various places like the Hotel Cafe. Since then, they have released five original songs, four of which made it on to their recent EP.

Diving into the first track, “Wouldn’t Come Back,” listeners are greeted by an acoustic guitar played at a slow tempo. With all the girls harmonizing together, they sing, “I can’t give another year to you / Another second’s gonna drive me / And I won’t do that ‘cause I wouldn’t come back.” In this song, the girls realize how trapped they feel when they’re around a significant other and the only time they feel like themselves is when they’re no longer around them. I appreciate the electric guitar and soft drums that come in much later because it changes the song from having a completely acoustic sound.

The angsty lyrics continue onto the next track, “Better Off.” Some lyrics mentioned are, “What if I’m better telling off telling the truth? / Maybe I was never good enough for you / What if this back and forth should end us?” The song follows somewhat of the same path as the last one: it starts off with only one instrument, a piano, which is later accompanied by violins and guitar in the next few minutes and reveals a painful realization for the girls, who end up thinking that they’re not the perfect person for their significant other and they deserve someone better. The overall instrumental production goes well with the lyrics to reflect the sad breakup song.

The last two tracks of the EP, “Look Around” and “Happy Anymore,” stand out a bit more since they’re a bit upbeat, but still maintain the soft indie sounds, which helps create cohesion on the EP. “Look Around” doesn’t just discuss the girls constantly dreaming about their crushes; they also find themselves feeling unloyal to their partners. Unfortunately, this track is bland and its production even sounds a bit similar to “Wouldn’t Come Back.” It would’ve been more interesting and stood out if the girls added in more instruments to blend in different genres.

Meanwhile, “Happy Anymore,” a personal favorite, gives off pop vibes and talks about the girls making a decision to leave their significant others, as they’re unhappy and start missing the way they used to be before. The part that caught my attention is the use of an electric guitar as the primary instrument and the bittersweet lyrics. While it does showcase the angst theme threaded through the EP, it also shows the healing process. As opposed to simply dwelling in the pain, the girls are making an effort to move on and return to their normal selves, as they sing, “I heard you playing with a band in Malibu / You called me out of nowhere and tell me I should come through / And I would but I really don’t want to.”

With their first EP, Trousdale are able to showcase quite an angsty vibe regarding love. It’s true that the majority of the songs expose listeners to their toxic relationships, which is quite a popular topic amongst love songs in the music industry, but fans will also be able to experience healing and moving on in the process. For those who have gone through any of the situations covered in the songs, listening to this EP will help break free of the pain.