‘Dishonored 2,’ yet another cash-grab sequel Succeeds in hype, fails in execution 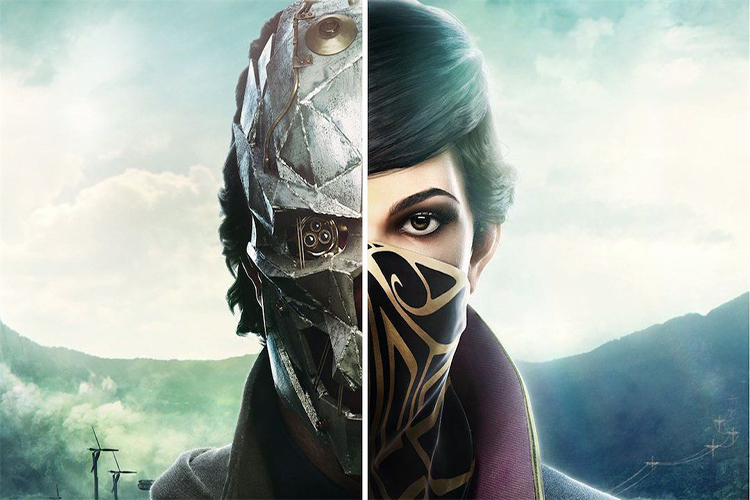 A few years ago, I picked up the first ‘Dishonored’ game for $5, knowing that on paper, it seemed like a run-of-the-mill stealth game. To my surprise, it managed to blend stealth elements with unique time-altering abilities to breed a thirst for creating the smoothest combo. The second I found out that a new sequel was approaching, I broke my number 1 rule of never pre-ordering a game just because of how much I enjoyed the first game.

Disappointingly, the day one release of ‘Dishonored 2’ failed to grasp the same feeling of satisfaction that came with the first game. My first nitpick of ‘Dishonored 2’ lies in the decision by Bethesda to release the game in the first place. My computer is fairly high-end, yet at times, the frames per second would dip below the thirties; which is unacceptable considering that I can run Battlefield 1 just fine on ultra. There was a fix for that however, but it was a little boost at performance at best.

Along with poor PC performance, there were also issues with the mouse and keyboard controls, which are essential for speedruns. I was forced to use a controller due to the spastic mouse controls. I would rather wait a few extra day for Bethesda to fix these issues prior to release, rather than rush a buggy game.

PC performance alienates the console majority, and the platform suffers even more due to the atrocious storyline.. The first ‘Dishonored’ was a revenge story about a murder and kidnapping–‘Dishonored 2,’ without spoiling the story, is yet again, a revenge plot. A change of pace however, is the new female protagonist, Emily Kaldwin. The city is fine with her being the ruler, but all of a sudden, due to a coup lead by an unexpected antagonist, she is marked as a fugitive along with her father, Corvo Attano.

‘Dishonored’ had enemies that had an impact on the player and protagonist alike, but the antagonists of this game lack any personality. There is no motivation to defeat them, other than the fact that you have to. Although ‘Dishonored 2’ follows the same formula of the first game, person A hates person B, you’re connected to person B so they hate you now. Seems simple, but the first game had it’s own chair-clenching story that I urge you all to play. ‘Dishonored 2’ results in little fanfare due to it’s copy-paste story sprinkled with boring enemies and feels like you’re playing a washed down copy of the first. 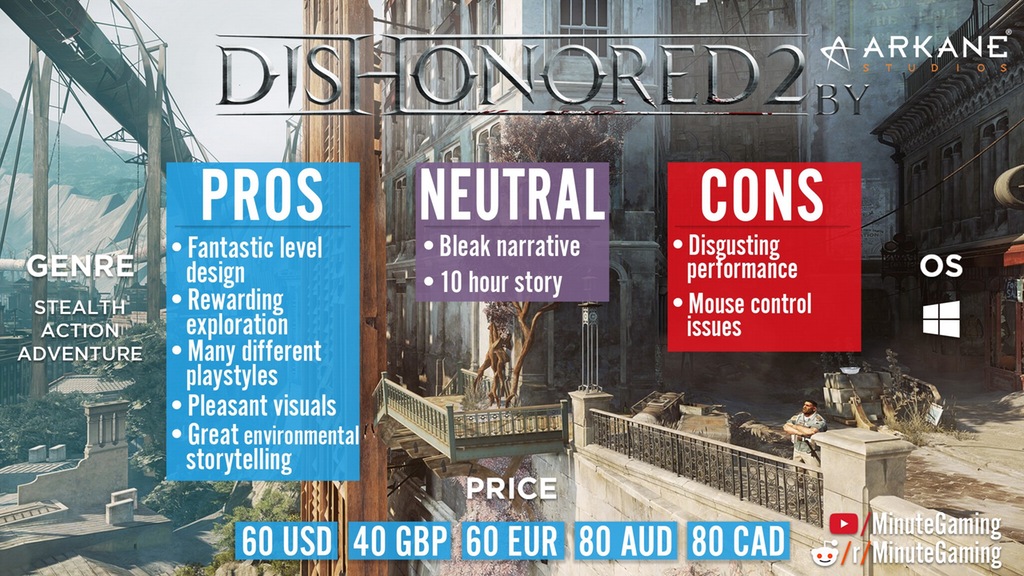 Before you pull out your pitchforks at Bethesda, ‘Dishonored 2′ is not necessarily a bad game. Admittedly, I skipped over the story of the first until I replayed it the second time. I tried that mindset with this game and yes, I did have fun using crossbows and close range melee attacks to take out the enemies before the others could even notice his body falling. The combo attacks and pacing of the game is present throughout the gameplay, but was hindered by my failure to familiarize myself with the controller.

The flaws of this game lie in the washed up story and terrible performance, but like the first game, I had fun merely taking out the grunts one by one. But a majority of the audience liked the first game because of the morality-questioning story along with a steam train of betrayal. But ‘Dishonored 2’ fails to reach the expectations of the general public, along with being an overhyped release that was only fueled by fanboys like myself.