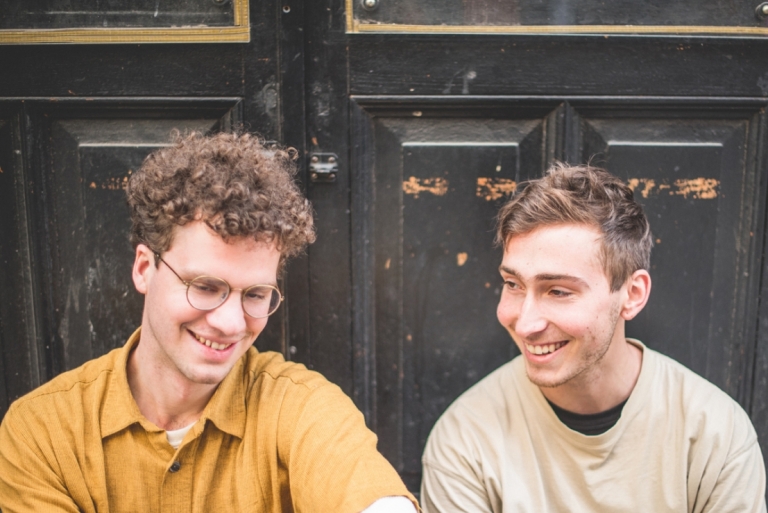 Whitney releases new uplifting songs in "Forever Turned Around", perfect for anyone who wants calm and carefree music to vibe to and solidifying them a place in the indie rock world.
Rating: A- Photo Courtesy of Ones to Watch

“Waiting for the morning sun / Are you coming home my love?” sings Julien Ehrlich on the first track of Whitney‘s LP “Forever Turned Around,” setting up a positive tone for the rest of the album. After this, all the pieces in the rest of the album solidify the band’s calming, uplifting sound while also helping secure the band a spot in the up-and-coming indie rock genre.

After the breakup of the band, Smith Westerns, in late 2014, Max Kakacek (guitarist) and Julien Ehrlich (drummer) formed the duo Whitney. They were then signed to the record label Secret Canadians and released their first album, “Light Upon the Lake” in 2016. Now in 2019, their current effort is helping Whitney gain notoriety in the music world..

For example, their first track, ‘Giving Up’ is arguably the best track on the entire album. Despite a sombre title, the beat and the use of harmonies evokes a more accepting tone, eluding to a feeling that the singer is helping another who may be ‘giving up’.

“Forever Turned Around” is a relatively short album with only 10 tracks, a minor setback. Adding three to four more songs and increasing the album’s runtime to 35 minutes could’ve benefitted them without leaving fans wanting more by the end of the album. The quality of music, however, on each of the tracks is evident. The duo put their heart and soul into these songs, and they showcase their love for music as well as their positive energy.

Overall, the entire album depicts an uplifting mood in the face of hardships. This release is an amazing second album, and shows off the duo’s strengths in indie guitar, vocals, strong lyrics and overall being able to make quality music for their fans.