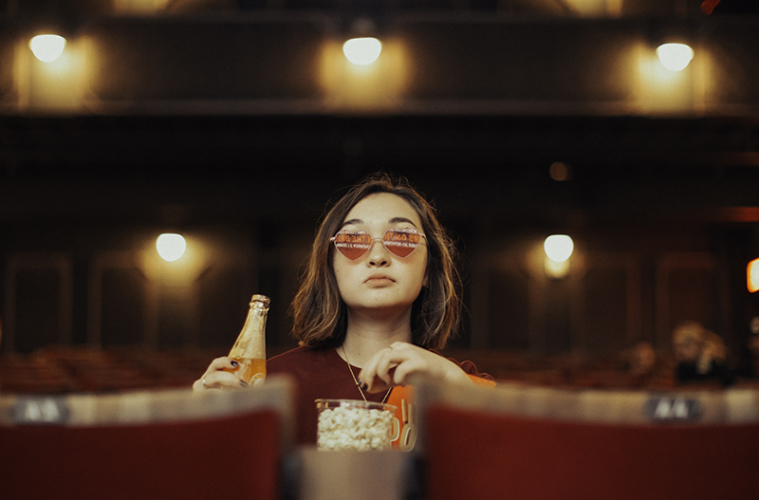 Mxmtoon’s new album ‘Pure Blossom’ ensures a feeling of serenity and chill beats to vibe with. The 6 soundtracks gave me a feeling of peace within myself and a realization that most teens don’t have a clue about where there life is going to go, just as much as me.
Rating: B+ Photo Courtesy of Lincoln Hall

Going through heartbreak and misery can lead to a feeling of trying to cope with loneliness or trying to find a way out of problematic situations. Listening to Mxmtoon’s new album ‘Plum Blossom’ provides an opportunity to know there is a sensation of comfort and that there is someone you can relate to in terms of emotions.

Mxmtoon, pronounced as, “em-ex-em-toon” is an 18 year old girl otherwise known as Maia, that grew up in Oakland California. She began her teen years playing downhearted songs in her bedroom and covering up the fact that she was unhappy by making goofy YouTube videos. Aside from that, Maia is a music prodigy. She has taken lessons in violin, cello, trumpet and guitar before she played the ukulele.

On her new album, she pours out her heart and trust issues. She sings “I swear that I’ve tried but opening up means trusting others and that’s just too much,” in her most popular song “Feelings are fatal.” She doesn’t hesitate to put her personal feelings into each song despite what others say. I relate a lot to Mxmtoon when it comes to not being able to put my trust into others and I look up to someone who is willing to share their emotions with others.

As an artist that has developed her own lyrics based on real-life experiences is a unique quality that she has. In her song “Temporary nothing,” she sings, “feelings are painful and I don’t want to suffer through” as the light strums of her ukulele play in the background giving off a feeling of happiness and eluding to the feeling of not being so alone after all. Although I usually listen to music with a more upbeat tune, I could definitely see myself driving down the freeway and reminiscing about times that I have put my happiness into others’ hands, and how they have dropped it every single time.

However, not all of her songs have a serious tone. Certain songs start off deep and then come back with a hint of playfulness, adding a childlike effect to her songs. Like the lyrics in one of her most popular songs, “I miss you,” “We weren’t meant to be I should go and move on but you’re stuck on me like sticky, sticky chewing gum.” She enlightens the mood in her music and it makes her tracks more viable to each have unique spins to them.

Even though Mxmtoon is an artist that most people have not gotten the chance to discover yet, I believe her songs deserve more recognition. I am more of an Apple Music girl rather than Spotify, but for the sake of her music, I think I will be spending a little more time on there. Her songs give me a sense of comfort which is always nice to have, so I believe her album might just stay on repeat for awhile.