Explore the mystical land of Falana in ‘Dust: An Elysian Tail’ 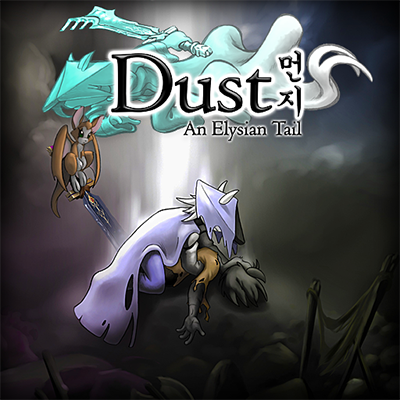 Hand-drawn and animated by lone developer Dean Dodrill, “Dust: An Elysian Tail” beautifully recovers the old-school genre of metroidvania, a two-dimensional labyrinth that emphasizes the necessity of locating new items and equipment to progress. This game places itself in competition with iconic games of the modern era.

The game is set in the fictional world of Falana, whose inhabitants are anthropomorphic animals, reminiscent to Don Bluth’s animated films. The main character, Dust, sets out from a small town in search of answers after the mayor asks of his help to track down a band of enemies and kill their leader Fuse. On this journey, Dust discovers that he was created by the perishing of Jin and Cassius, two Moonbloods, and now must sacrifice himself to save the remainder of the tribe.

For a game to label itself an RPG (role-playing game), I consider it uncommon for it to have an extensive story, as it often gets lost from the heat of battles, and incorporate elements that majority of RPGs have, such as quests, weapon crafting and stat distribution that improve four core stats. The one attribute worth noting of the three is the crafting system. I searched for some time to obtain item blueprints and materials that were dropped by monsters, but the powerful pieces of gear I obtained augmented Dust’s stats, making it all worthwhile.

From the start, the attention given to detail in the foreground and background is remarkable. Modern games take pride in their smooth graphics, but the rare use of the painted art style in this game added depth with the help of the rough edges it provided, placing this game in the modern era as successful. Style aside, the subtle use of ambient lighting and the dynamic weather effects of each area bring them to life. Together, the two provide an eerie mood to the game, but only empower the player to continue Dust’s journey to remember his past.

The variation of enemies that are encountered compensate for the lack of commands used for the repertoire of attacks, parries, projectiles and magic spells. The same cannot be said, though, for boss battles as I consider it to be inferior in comparison. The horde of enemies trades off with a foe no bigger than Dust himself and a moveset limited to one to two rudimentary ways of attacking. All of the bosses, including the “grueling” final boss, can easily be beaten by spamming magic attacks. It is a shame that a game that possesses an overwhelming amount of extraordinary aspects falls short in this regard.

For a game created by a single person, “Dust: An Elysian Tail” does a remarkable job of staying true to the roots of RPG games and even incorporating elements of warfare and weapon crafting into the story, but it’s a disappointment that such a game falls victim to mediocre boss battles.