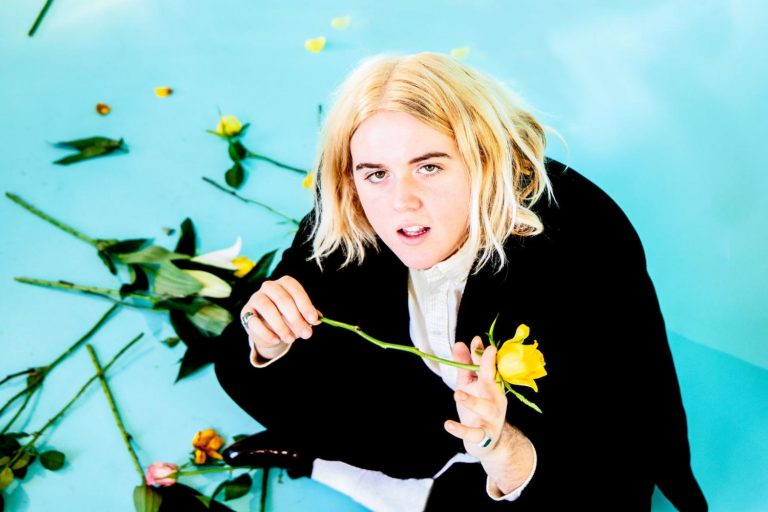 Oscar Lang’s newest album speaks on topics such as the struggles of waking up, love and mental health.
Rating: B- Photo Credit: DIY Magazine

Listening to Oscar Lang’s third album, “Hand Over Your Head” won’t find listeners dancing to the tracks all the time. Rather, it’s more of just chilling to the songs while bopping one’s head to the beats every once in a while. Lang also adds in a little bit of nostalgia, as some of the tracks’ production reminds some listeners of songs released back in the 70’s and 80’s.

Lang began writing music when he was just 11 years old, but he properly started writing music under the name ‘Pig’ in 2016. He has even met artist Beabadoobee through a mutual friend and worked on tracks together, all while he recorded and produced his own work.

After his “intro” into the album, the first track begins with the song, “Apple Juice.” This song was released back in July, featuring guitars, drums and synthesizers to attain a richindie sound. Lang has short snippets of himself laughing that can be heard throughout the song. With lyrics such as “A cup of coffee doesn’t cut it, well, it’s no use / I need my something that can get me through this Sunday news / Waking up, pouring apple juice,” Lang talks about the struggles of waking up and how he relies on drinking apple juice to get into his senses.

Onto a more upbeat song, “Get Out,” is fulfilled with funky guitars that make you want to tap your feet to the music. Complemented with commentary about how staying inside for so long can affect one’s mental health, he sings, “No use spending all your minutes laid out thinking flat / You can’t step outside without saying you feel attacked.” The guitars bring out the nostalgia in the song, as it sounds similar to guitar samples featured in songs from the 80’s.

His second to last track, “I Feel Good” unfolds with a slow start featuring slow-paced guitar strums. Adding into the mix, drums come into the song to pick up the pace, giving it a rock-like vibe. Lang sings, “Well I said three words that I meant / And I meant it well / No I didn’t mean to no I didn’t mean to show you my true self.” The meaning of this song is about speaking too soon and possibly ruining a connection with someone dear to him.

The final track, “Velvet Dreams,” was originally posted on Lang’s SoundCloud account years ago, but he’s included it on this album. The lyrics, “Blinded by my fears / You said that I was so cold / I guess that I’m growing old,” show how Lang has been affected by it. The slow pacing of the instrumentals goes well with the song. Eventually, the album closes with an outro that sounds similar to ambient music.

‘Hand Over Your Head’ showcases the talent Oscar Lang has since entering the music industry. The meaning behind his lyrics can be relatable to anyone. The indie and alternative combined with a small number of rock music give a great vibe to the album that anyone can relax to.