Fight a war alongside ‘Aida’ 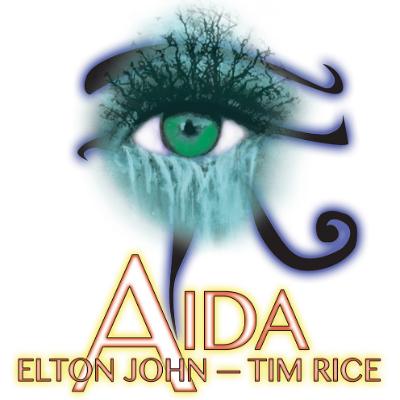 “Aida” is an unconventional tale of forbidden love delivered by the students at Las Vegas Academy, a magnet high school that specializes in the performing arts.

As you step into the lobby of the Lowden Theatre, you are welcomed by decor that plays off of Egyptian architecture and matches the premise of the production. Though minimal, it prepares the mind and emotions for the intense, heart-tugging action that lies beyond the doors.

Aida, the princess of Nubia, is captured and enslaved by the Egyptians, who remain unaware of her true identity as war wages between their countries. Radames, an Egyptian soldier, detains her as a gift for Amneris, his future spouse and daughter of the Pharaoh. However, a romance blossoms out of admiration between Aida and Radames, and a love triangle, as well as fury and unrest, develops. The musical showcases themes such as courage, sacrifice, loyalty and love as Aida rallies her fellow Nubians and resurfaces above the tides of conflict.

Actors Ja’Keetrius Woods (Aida), Deylan Dean (Radames) and Nikole York (Amneris) put up a powerful performance by intertwining the talents of both powerful singing and acting. Woods’ ability to portray such fearlessness and sagacity was truly inspiring. The way Dean showed his inner conflicts of romance and power was, at times, relatable. York’s hushed vocals and stiff exterior invoked feelings of pity due to her unfortunate situation. In the midst of the tension, Deimoni Brewington (Mereb) added some comic relief with his dry humor. Even when taking into consideration the ensemble and not just the main cast, every face wore an expression. With the minute, harmonious details in body language, the entire production was moving to the same heartbeat.

Although the use of props was minimal, drapes and spotlights of various colors were manipulated onstage to emphasize emotions and forge environments that were considerably expansive and immersive. A luminescent shade of teal shrouded the ensemble in “The Gods Love Nubia” as they anticipated the downfall of their country. Warm oranges inhabited the atmosphere of the stage in “How I Know You” as Mereb realized that the princess of his country stood before him. With this, the use of color in the musical was beautiful and reflected the fluctuating emotions of the characters as they swept through the story.

One of my favorite components of the show was the pit orchestra that provided live music composed by Elton John and Tim Rice. The alignment of action and audio was truly astounding, and was even of a quality that is comparable to a studio recording. Ranging from the keyboard, percussion, strings and chorus, the ensemble built the basis of “Aida,” and delivered the score that amplified the emotions manifested onstage. Unfortunately, during some segments, the volume of the background music overpowered the conversations and vocals that thrived onstage, but it was most likely due in part to mine and my guest’s seat location, which was toward the front, near the pit.

The production had very few dance sequences, but when present, the choreography strayed away from ballet, jazz and contemporary. Instead, it bled into the time period of ancient Egypt and region of the Middle East, with similarities to tribal dances. Several performers leaped and bounded across the stage in “Dance of the Robe,” adding life and energy to the musical.

Even if “Aida” was solely executed by high school students, it bore the likeness of a professional production. The collaboration between the theater, technical theater and music majors stood proud behind the choreography, emotion and energy of the cast. The story and message behind “Aida” is one that should not be left behind in history, and instead, watched and enjoyed by those who seek an adventure through the eyes of not your typical Cinderella, but a valiant and prudent Nubian princess.