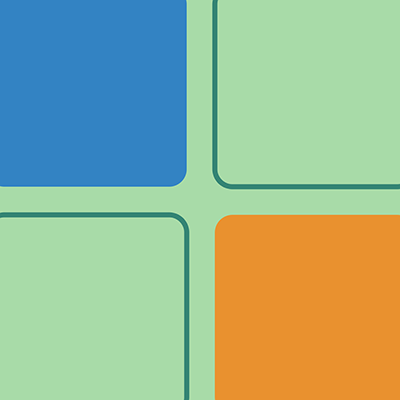 With various paths, users will be faced with addicting challenges that will put the brain to the ultimate test. Grade: A Photo Courtesy of P-O-M Games

Created by P-O-M Games, an emerging Israeli game developer, “PATHZ” has attempted to make itself known by trading in a mind-boggling challenge and an obsessive competitive environment for the development of a story. The app itself may appear to be too simple to the average player, but with the inclusion of an extraordinary story-line, the player will easily find themselves playing to uncover the story behind the path.

The objective of the game is straightforward; your task is to guide two colored shapes, an orange square and a blue octagon, to their respective destination marked with a star. There is one catch though, the two can only pass over a space that corresponds with their respective color.

Your task may not sound like too much of a challenge, but the game gradually becomes more difficult as you progress. For example, the playing field will begin to fill the screen of your mobile device and a handful of unique obstacles will be introduced, including falling tiles, moving floors and shifting terrain. Sudden change in a game may sound intimidating, but do not fear, the creators of “PATHZ” have taken the initiative to make each transition gradual, allowing you to become accustomed to each addition at a fitting pace. Also, each level comes with a blurb that hints at what you need to do, a feature that I am thankful for.

The game may be too simplistic for my taste, but I found myself engaged with the story linked to the two shapes. It started with introducing the two, Mrs. Orange and Mr. Blue, and how their ‘paths’ seemed to connect to one another in some unexplainable way. The two had to learn to depend on one another if they wanted to reach their ‘home.’ “PATHZ” does not offer some sort of reward if you complete a level, but I considered their short story to be rewarding enough to continue. I often found myself spaced out and completely absorbed in the game just to be able to read the next line.

Available for both iOS and Android, “PATHZ” is a game that will help you find your way.