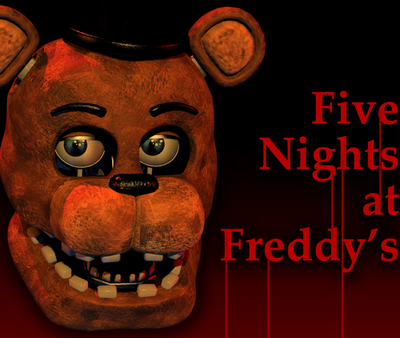 With a morbid plotline and intense jump scares, “Five Nights at Freddy’s 2” brings back the horror of its predecessor and twists it into something scarier. Grade: A Similar games: Slender, Night Trap, Don't Blink Photo Courtesy of the Five Nights at Freddy's Wikipedia

“Five Nights at Freddy’s 2” is the highly-acclaimed successor of the indie point-and-click game “Five Nights at Freddy’s,” developed by Scott Cawthon. With the first game consisting of anticipated jump scares, there was a doubt of how a sequel could ever top the original game itself. However, the game enhances its own horror with the incorporation of ‘death mini-games’ and a morbid plotline that will leave its players sleepless for five nights, or maybe even more.

Taking place in 1987, the game is a prequel in the series, regardless of being released after the original game; however, Freddy Fazbear’s Pizza, similar to Chuck E. Cheese’s, is a brand new establishment with no rotting animatronics and definitely no bad intentions. The player takes on the role of Jeremy Fitzgerald, a night shift security guard who must watch over the restaurant from midnight to 6 a.m. Throughout each night, Fitzgerald receives a voicemail from the previous security guard, who informs him that the animatronics, Toy Freddy, Toy Bonnie, Toy Chica and the Mangle, may come to life after hours and roam the building. Each animatronic is controlled by an installation program that is able to detect suspicious adults that linger around children, which becomes the source of the need to eliminate all adults due to a programming malfunction.

Unlike its previous game, “Five Nights at Freddy’s 2” incorporates minigames that are played after the player is caught by one of the animatronics. Each mini-game is undoubtedly crude and disturbing, but definitely intriguing. Through these games, the player earns the chance of playing through the eyes of the animatronics in a world of 8-bit graphics and simplistic keyboard commands. Regardless of its morbid setting, the mini-games immediately became a favorite, as it slowly tells the story of the infamous Fazbear establishment.

Because of its innocent and childish environment, a game of terror would never be the first to come to mind when thinking of horror. However, the incorporation of tragic mini games, along with the inability to move and its infamous jump scares, the game itself is an interactive paradox. In order to avoid getting attacked, the player must vulnerably click through each monitor of the camera system, which depicts each room in the establishment.While the game’s instructions are easier said than done, the game raises fear and anticipation amongst players in the most simplistic way.

Everything about the game is eloquently put together to create the perfect balance of bittersweet innocence and gruesome action, which is why the sequel surpasses the original. “Five Nights at Freddy’s 2” replaces the first game as my favorite due to its chilling graphics and lack of an energy budget, which is a clever element of the previous game. Though it seems immature to fear of such a childish environment, the fact that there was an ability to turn it into a home of nightmare and worship of day emphasizes that horror is best when it is least expected.

“Five Nights at Freddy’s 2” twists the mainstream image of horror and redefines it with its whimsical and nostalgic setting. While most games are set in a rather common or dangerous environment, Freddy Fazbear’s Pizza holds horror in the palm of its hands.