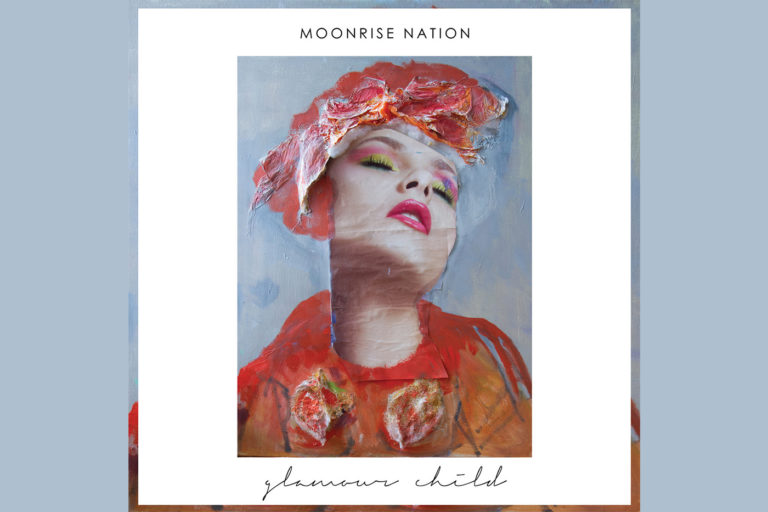 Moonrise Nation’s first complete album “Glamour Child” exemplifies their folk - indie roots through the use of deep analogies. Their storylines for songs seemed original but would get lost in the noise of their instrumentals from time to time.
Rating: A Photo courtesy of Atwood Magazine

With songs ranging from soothing melodies to pop ballads, Moonrise Nation has an indie sound, capable of exploiting their listener’s emotions. All ten tracks on ‘Glamour Child’ each convey a story of young love, patience and independence that infuse the bands roots with the right amount of pop, rock and the element of surprise.

Chicago natives, sisters Arden and Eva Baldinger along with friend Emma McCall originally formed the group during their teen years as a creative outlet in high school. After posting their covers on SoundCloud, their career took off in 2014 with their self titled EP.

When I originally started listening to ‘Glamour Child,’ I was genuinely shocked by how this group was labeled as “alternative folk” because of their versatility. For example, in the song “Glamour Child,” the chorus shocked me with the vigor of the drums and guitar. Starting out with progressive energy in the instrumentals and melancholy lyrics, I was pleasantly surprise. This gave the song a pop twist while keeping it delicate enough for their indie – folk roots.

The girl band reminisces about missing a specific person and letting them go but at the same time being strong enough on their own. Several songs focus on the theme of absence and loss, especially in regards to relationships. Lyrics like “Is this what is feels like to be used,” “There’s no need to pretend these people can make you feel happy again,” and “I swear I won’t cry when you’re gone,” present a prevalent theme, building purpose on their first official album.

The versatile album includes songs for times of mourning sadness, happiness, triumphant independence and realization. My favorite song on the album, “Eye to Eye” adds versatility on the album with its soothing elements. The trio’s voices echo into the distance, creating depth and the feelings of pain and absence. Despite the lyrical repetition, this number brings forth a raw coming of self enrichment.

“Glamour Child” is a melodious blend of orchestra, guitar and piano. However in some tracks, Moonrise Child’s lyrical talent is engulfed in the instrumentals. For example in “Seasick,” it becomes too textured with sounds of acoustic drums and echoing bass, to listen to easily. The slow beat and deep vocals reminded me of my favorite folk – rock artist Marika Hackman.

With complementing qualities of folk, rock and indie, Moonrise Nation is able to enrich their listeners with a raw taste of who they are and are aspiring to be. Although there are some blemishes, I would recommend fellow folk and indie listeners to give the album a listen.