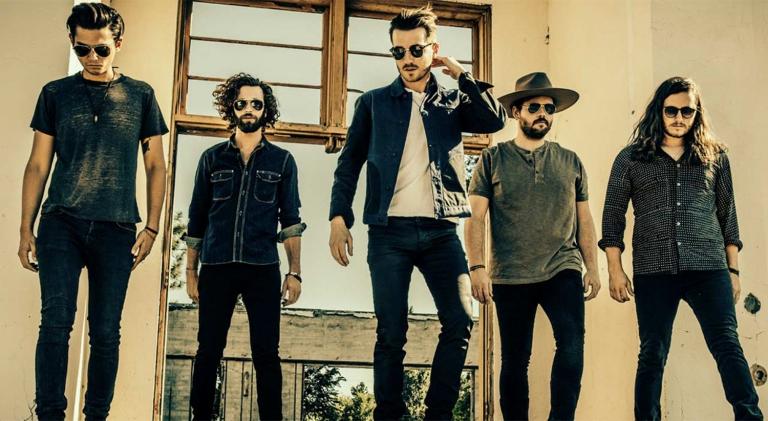 The band LANco, positively contrasts singer Brandon Lancaster’s smooth voice against the twang of the guitar, banjo and drums. Their first album paves the way for their upcoming sound.
Rating: A- Photo courtesy of LANco

Based in Nashville, the band started piecing together their sound in a carpet warehouse where a band member worked. Later, they decided on the name LANco, short for Lancaster and Company. Their goal is to “give [their fans] an experience,” through their shows and music.

The most prominent element in their music is the instrumentals; which includes: bass, keyboards, guitar, banjo and drums. For a majority of the album, the dynamic of their melodies creates a lively, high energy vibe. I particularly enjoyed the emphasis of the banjo in songs like “Win You Over” and “Middle of the Night.”

My favorite song on the album is “Singin’ at the Stars.” The whole first minute consisted strictly of instrumentals. Then during the chorus, the tempo picks up making it sound like they were singing to you and not to a crowd at a concert. The contrast between the bridges with light banjo and the chorus with the heavy guitar balance the song, making it my favorite.

A majority of the songs seem like typical country stories about love and life. The tracks are also repetitive, alluding them to be short. For instance, in “Middle of the Night” the chorus singing “middle of nowhere, middle of the night,” seems to drag on into the bridges.

Despite feeling short, the lack of diversity within the lyrics made me want to skip through a few of their songs, being one of their few downfalls. Additionally, their songs seemed to have the same structure, just with different lyrics and altered background instrumentals.

After listening to all of the songs, I would say that this album is similar to the upbeat style of Sam Hunt. This album is great for the summer or weekend, but I wouldn’t listen to ‘Hallelujah Nights’ on a day-to-day basis. Overall, the overlay between all of the band’s elements creates a vibrant album with raw vocals and intricate instrumentals.