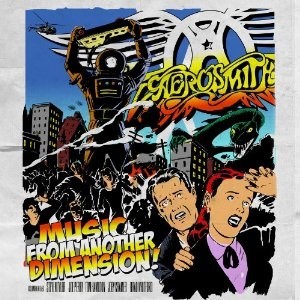 As one of the judges on the hit TV show American Idol, aging rocker Steven Tyler must have learned a thing or two because Aerosmith’s first new album in eleven years ‘Music from Another Dimension’ contains the re-energized feel of a man coming home to his music,

The album contains the invigorating rock energy that they were known for, and after putting this album on hold for a couple months, I was not expecting this level of adversity. The rockers completely surprised me by managing to combine all of their vices: pop, rock, blues, indie, and contemporary. Even more surprising was sweet, country girl Carrie Underwood’s involvement in the song, “Can’t Stop Loving You.” The rock-oriented “Lover a Lot” holds a swift rhythm that bands half their age would have trouble matching. ‘Music From Another Dimension’ is arguably Aerosmith’s best album this century.
What Could Have Been Love