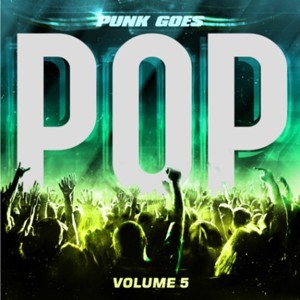 Punk Goes Pop, the compilation series of various rock bands covering current chart toppers, is back with their fifth installment in the CD series.

Punk Goes Pop 5 Vol. I may be the best of the CD series so far, due to the fact that they lose the annoying auto tune of the originals and replace it with sentimental screams and clean vocals.