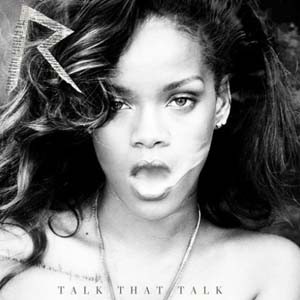 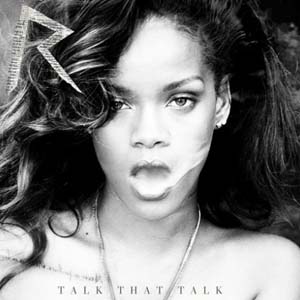 Rihanna has evolved from a Caribbean beauty with upbeat and infectious urban sounds to the darker side of R&B. Even though her music has been classified as dance music in the past, Rihanna has a new edgy sound in her newest album “Talk That Talk.”

Her previous album “Good Girl Gone Bad” was a disappointment for me due to the drastic changes in overall style of herself, as well as her music, such as “Disturbia.” But “Talk That Talk” is a perfect transition from a weak attempt at being “edgy” to now exhibiting the true rebel she has become.

The album leads off with “You Da One” which is reminiscent of her first album, “A Girl Like Me,” but with a more mellow beat. It is catchy and encompasses the “techno” vibe of the entire album. “We Found Love” featuring DJ/composer Calvin Harris, is Rihanna’s best song on the album. It’s the perfect mix of tempo changes needed in a dance/R&B song.

Much like albums prior to this one, “Talk That Talk” focuses on love and relationships.  The song “Fool in Love” embraces Rihanna’s repeated theme of romance and its hardships while highlighting her true vocal talents. It’s one of the slower songs on the album, but with a more sensual side. “Where Have You Been” and “We All Want Love” carry the romantic theme, as well, but with a faster tempo.

Rihanna continues to build her bad-girl reputation with “Talk That Talk.” It’s an exhilarating album that is perfect for those who love to dance and sing along to fast paced songs, making it truly one of her best.