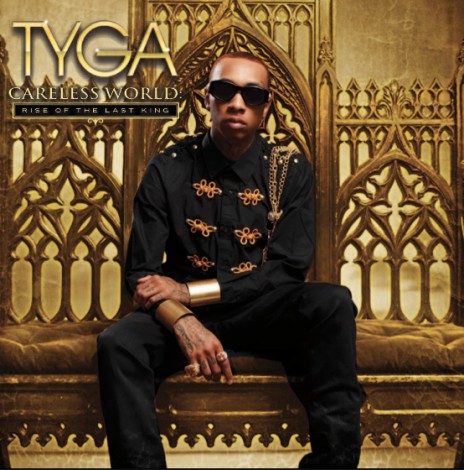 From one album to the next, Tyga continues to display excellence in his rap music, releasing a song almost every month. Tyga’s “Careless World: Rise of the Last King” can be classified as one of the best albums 2012 has to offer so far.

Tyga’s new song “For the Fame,” featuring Chris Brown and Wynter Gordon, moves away from the topic of love and focuses on a woman’s individuality. He targets and influences the female audience, symbolically telling them to be true to oneself and to be there for someone in their time of need. Chris Brown and Tyga have collaborated on songs before on his previous album “Fan of a Fan” and similarly, “For the Fame” has an upbeat tempo and relaxed lyrics that enhance the song’s creativity.

Another song on the album, “Love Game” starts off slowly, but then speeds up into a song that’s quite attention getting, due to the several unique beats and sounds he incorporates. Tyga focuses on how relationships have their ups and downs, but still turn out fine; he gives people the reassurance they need to stay strong. The genuine emotions he writes in his lyrics stand out above all because it imitates the reactions and moods we all have when it comes to love. That’s what convinces us to fall in love with his music in the first place.

“Careless World: Rise of the Last King” is a fitting name for the album–it’s honorable and worthy of a royal audience. Tyga truly did outdo himself in this album, with the help of famous artists Chris Brown, Lil Wayne, J. Cole, and Chris Richardson. Not only is it catchy, but also the lyrics are influential and quotable. Soon enough, we will see his lyrics quoted on social media sites, such as Facebook and Twitter.