‘Contrast’ calls for an encore 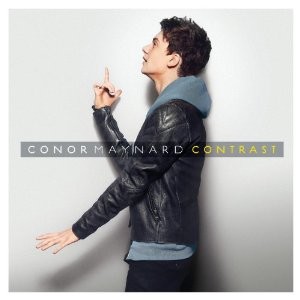 Conor Maynards’ debut album “Contrast” sounds like a spinoff of a Justin Timberlake meets One Direction album, and is spot on for anyone who is into boyband music with a bit of a techno mix. His high pitched vocals, while slightly annoying, are nonetheless energized and more than acceptable by today’s top 40 standards. The track “Turn Around,” featuring the artists’ mentor Ne-Yo, while a bit repetitive and piercing, still manages to be enjoyable in a “lets scream out the lyrics” kind of fashion. Maynards’ song, “Animal” has a breathy urban pop feel, and while the song is more on the sensual side still gives off the clean-cut-boy-next-door feel. Lastly, “Glass Girl” is a truly enjoyable and addictive song. More on the slow side, you can hear the despair and emotion in Maynard’s voice as he sings about how hard it is to lie to yourself when you know in your heart and soul that some things just don’t change, but now he see’s things as they truly are. This album is a true example of the depth anyone can be hiding. While some of Maynard’s songs are prime examples of run-of-the-mill teenage heartthrobs, others are obviously deeply meaningful and filled with raw and drastic emotion.

And while some songs better than others, this album is a true surprise, and can adhere to any and every mood the listener might be in.