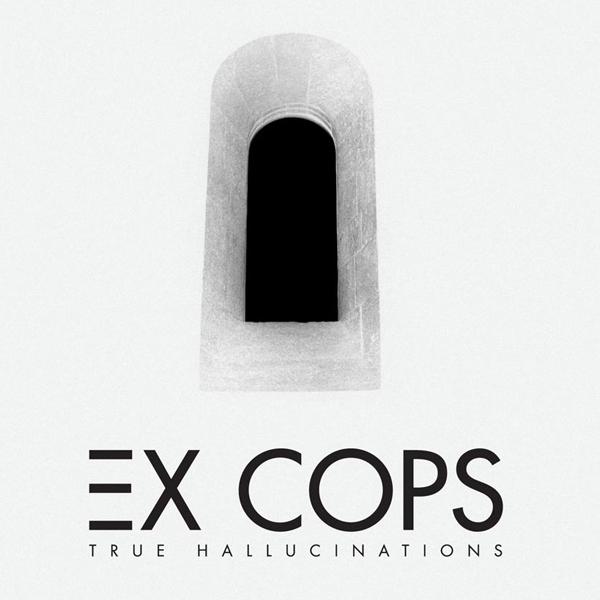 From the minds of Brian Harding and Amalie Bruun come Ex Cops’ debut album – True Hallucinations. It is obvious that the duo utilizes a lot of inspiration from other musical groups, especially those from the 80s and 90s. However, this only adds to the overall theme of the album, as instead of being a generic recreation of old, popular music, Ex Cops’ own style comes throughout the entire album. The two craft a myriad of styles into a coherent and enjoyable collection of dream pop tracks.

The album begins with upbeat instruments and vocals in “S&HSXX (intro)” and “Ken,” and leads well into the next tracks “Separator” and “Spring Break (Birthday song).” The first half of the album gives off a feeling of an excitement-filled day outside during the warm summer. However, this causes the first few tracks to bleed into one another somewhat, which does slightly take away from the overall experience. The album begins to improve further as Ex Cops begins to experiment with a deeper tone. “The Millionaire,” “Billy Pressly,” and “Nico Beast” are immediately enjoyable for their shifting and contrasting tones. The album ends with another song venturing close to the pop end of the spectrum with “Broken Chinese Chairz” – an artfully repetitive and rhythmic track that offers a great farewell to the album, and also transitions well back into “S&HSXX (intro)” should you want to listen again on a loop. Overall, the True Hallucinations is great collection of tracks. Ex Cops chooses to not experiment deep into new areas, but rather twist already existing styles. There’s not much new or innovative, but it’s still a pleasant experience.