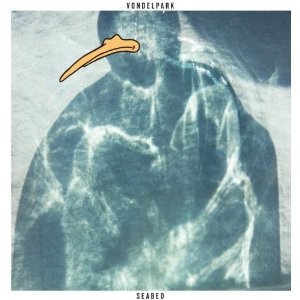 Vondelpark’s new album “Seabed” is a cascade of electronic buzz and blurred sounds. The London based trio’s group leader, Lewis Rainsbury, is an outspoken individual who wants to inspire his listeners towards the electronic scene and produce great music with electronic instruments. “Seabed” is Vondelpark’s first official album, but they have released two EP’s previously. The collection of songs are alike at the core, but unique in their own way.

“California Analog Dream” is a remake of a previous song with the same title and has been immensely improved upon. The song is now less choppy as the transitions before were abrupt and the quality of instruments and sound was much better than before. “Always Forever” is a stand out because there are plentiful vocals and dreamy qualities that flow in gentle directions like waves on a beach. “Blue Again” is a track with abstract vocals, that convey feelings of gloom, but the colorful rhythms cheerfulness distracts from the depressed atmosphere.