‘Warrior’ stomps to the beat 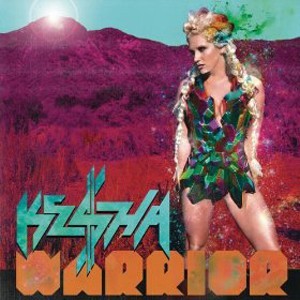 Ke$ha’s recently released album Warrior showcases her inner vulnerability. The album further explores with the rock and pop aspects that Ke$ha is known for, as well as her ability to intertwine a deep lyrical meaning within an uplifting and exuberant beat. The track “Die Young,” is ferocious, proclaiming that you might as well make the most of every experience as if you were to, indeed, die young. Also, “Wonderland,” is a slower version of a modern rock ballad and displays Ke$ha’s wonder at her changing surroundings. She expresses the fact that while memories can grow old and your view on them can change, your dreams will remain the same. This album is an example of Ke$ha’s transition from her previous exuberant lifestyle and it manages to display a more sober side of Ke$ha that I was happy to hear.
[soundcloud url=”http://api.soundcloud.com/tracks/70268975″ params=”” width=” 100%” height=”81″ iframe=”false” /]