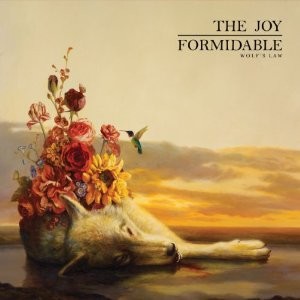 With their second studio album, The Joy Formidable continues experimenting with sound.
Similar Artists: The Naked and Famous, Silversun Pickups, Grouplove
Rating: B
Courtesy of Atlantic

The Joy Formidable’s recently released album, Wolf’s Law, is a surprisingly gentle mix of R&B and classic rock. After opening for Muse on their previous fall tour, TJF is not nearly as unknown as some of today’s indie rock bands. But this album, although strong, does seem a bit experimental. Each song would have been fantastic as a single, but as a full album, the band seems almost hesitant as to which way they hope to express their musical style to the public. The track “Cholla” is a fantastic song, strong and sure with a heavy beat and powerful lyrics. The vocalist holds obvious contempt towards her future and its outcome if she continues on the path she is on. The track, “Bats” is a bit too punk rock for my taste. Vastly different from “Cholla,” this song is demented and too hard to understand due to the viciously spewed lyrics. Overall, the album is impressive, but unbalanced. There are so many styles conveyed throughout it, some better than others, and in the end the mixing pot of styles is a bit of a turn off.