Humanz: a nostalgia-induced trip Album of the year? No chance 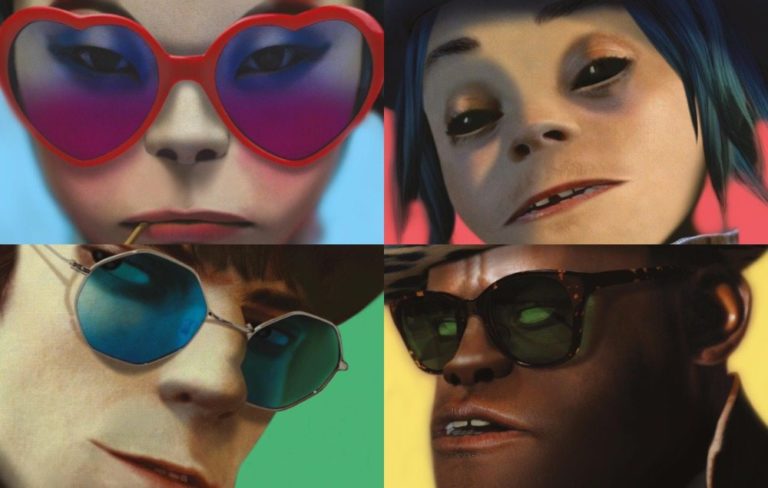 Putting my nostalgia-goggles aside, the long wait and hype surrounding the release of ‘Humanz’ is a tad disappointing. Am I saying the album is a flop? Absolutely not, it just isn’t as perfect as I thought it would be.

The Gorillaz are a virtual band created by Damon Albarn and Jamie Hewlett, with Albarn focusing on music and Hewlett creating the lore and characters. They’ve left their mark in the music industry as one of the most successful bands in the early 2000s, experimenting with hip-hop, alternative rock and electronica.

‘Humanz’ does reflect on the classic Gorillaz formula, where they pack a number of different genres into one album. Their self-titled debut album showcased the vocal talents of 2D (played by Albarn) along with a couple featured artists. But this time, 2D takes a backseat in order to showcase their number of guest artists on this album.

‘Ascension’ opens with Vince Staples’ signature west coast rapping in order to set a mood for the rest of the album. But in true Gorillaz fashion, the song is an illusion and the lyrics are much darker than the beat entails.

The rest of the album, however, contains so many songs, which isn’t necessarily terrible, but the fact that half of ‘Humanz’ is forgettable proves my point. These songs are no different than what is currently cycled through on Top 40 radio: drugs, sexual innuendo, money, fame, partying and repetition. As much as I love Gorillaz, this album is flooded with features that just leaves me missing 2D’s vocals.

That doesn’t necessarily mean that the entire album is a disappointment. My favorite song from ‘Humanz’ is ‘Busted and Blue’ and it reflects Albarn’s internal crisis about not knowing his purpose in life. While it may seem cheesy, he mocks the technological era we live in and realizes how mundane life is. It ends on a melancholic note and leaves the listener asking even more questions if an individual’s life is significant or not.

As much as it hurts to say this about one of my favorite bands, this album isn’t worth the hype and was obviously rushed. ‘Humanz’ is inconsistent with the typical ‘Gorillaz’ sound and Albarn seems uninterested with being a part of it. With so many guest artists, it makes this album less of a Gorillaz release and more of a product of “we haven’t released any new music in a while, let’s just get it over with.”