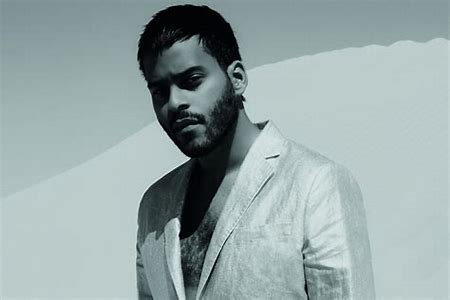 After hiding in the shadows for over three years, George Lewis Jr., otherwise known as Twin Shadow, displays his originality and stark voice on his recent album ‘Caer’ by incorporating amicable style into indie pop through sustained vocals and soft piano melodies.

As I listened to the album, I noticed that each song had a variety of different instruments. Although electronic and synthesized instruments lay a common theme throughout Shadow’s music, songs like ‘Little Woman’ and ‘Runaway’ included sounds from cellos, violins and a piano. I particularly enjoyed how Shadow didn’t just include electronic instrumentals in his music, but also used raw, unaltered sounds to captivate his audience.

Listening to each piece in the album, I realized that Shadow’s voice is comparable to that of Francis and the Lights. Shadow’s sustained voice adds contrast to the short bursts of electronic sounds and light drum riffs, making his music more intriguing like Francis’. Shadow’s voice is backed by reverb drenched guitars in ‘When You’re Young’ and the tenacious strums from a bass give the album energy and it’s indie-esque vibe.

After listening to the record, my favorite track that sums up the album is ‘Sympathy.’ In the chorus, Shadow sings along with Rainsford—a singer and songwriter, “… and how my life was incomplete/and in the dark I found you/and now we’ve got this sympathy.’ I admire those daring lyrics and how both singers were able to balance their voices, creating a smooth consistent sound.

Shadow is able to successfully capture the essence of electronic and indie music that is absent from general music outlets like the radio. Despite the use of electronic sounds as a common theme on the album, Shadow has found a way to keep a listener interested.