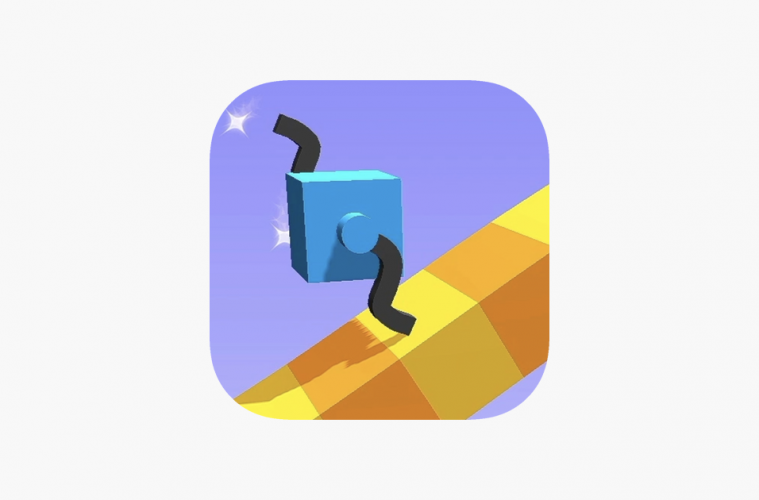 While playing Paper.io 2, an ad for another Voodoo game, “Draw Climber” popped up. I enjoy games that are designed to kill time, and Voodoo is well-known for these types of games. “Draw Climber” in particular caught my interest with its bizarre concept, so I decided I should try it.

“Draw Climber” is a real-time puzzle game in which the user has to draw the legs of a square to allow it to move. The game uses a variety of obstacles to stop the player, which will sometimes force the player to change the leg shape on a fly. In each level, you are also racing against another opponent with a mirrored course to the player’s; you must beat the other opponent to advance to the next level.

While in a lot of Voodoo games there is a noticeable level of mediocrity in game design, “Draw Climber” has a more professional look and feel, which helps it stand out amongst other projects the studio has published. The movement of the legs are very fluid and runs on the fantastic Voodoo games engine.

The app’s gameplay is surprisingly engaging as each level introduces increasingly wacky obstacles for the player to conquer. This leads to having to draw more obscure leg designs to allow the players shape to climb, swim and break through the levels’ challenges.

The concept of the game is simplistic, but still allows the player creativity in how they wish to accomplish a goal. The simple concept coincides with the easy controls to create a fun and enjoyable challenge for anyone who can pick up a phone.

Overall, “Draw Climber” steers away from the normal mediocrity of Voodoo games, and definitely deserves to be at the top of the free games. If you are bored and need something simple to kill time, try “Draw Climber”.