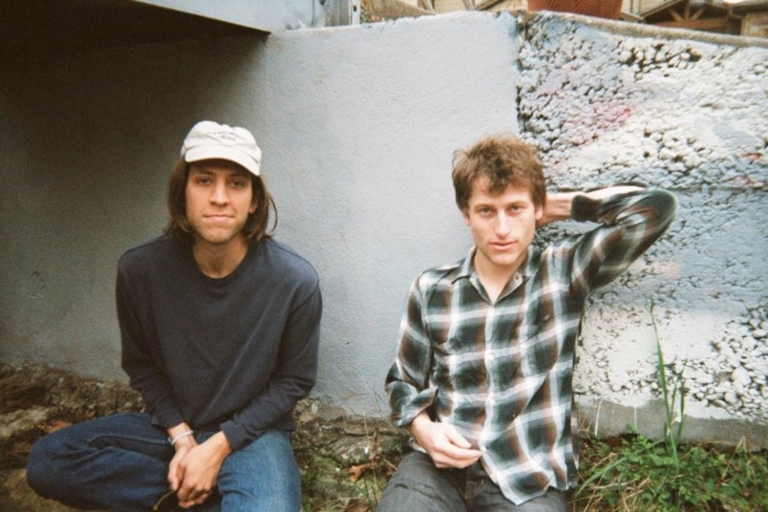 “Can you tell me where you started from / And where you want to end up,” duo Charlie Martin and Will Taylor open on the first track of their new album, “Heavy Lifter.” From “1999,” to “Sudbury,” rock duo Hovvdy are showing  their versatility while making their mark on the rock world.

While touring with bands Pinegrove and soloists Kevin Krauter and Caroline Says, what would be Hovvdy met at a baseball game. After discovering they both were Austin, Texas natives, the two, instead of going solo like originally planned, decided to form a duo. They were then signed to Sports Day Records, but later moved on to Brooklyn label Double Double Whammy Records.

A first stellar example of their collaboration is on the track “Cathedral,” as they sing  “And I realize I try my hardest / When you don’t expect it.” The exploration of helping someone who is in need of prayer is present in the song through the uplifting lyrics as well as the musicality of the song. The use of major chords and the decision for the band to strip the song down to just the guitar and vocals creates a genuine feeling of sentimentality and comfort. Listening to the song feels like something you’d listen to while looking through old photo albums.

Later, on the track “Tellmel’masinger,” the duo continues to experiment with their sound by adding in a xylophone and organ to their soundscape. With these unusual instruments added in, Hovvdy is playing with what we know as rock. Taking musical chances with different sounds is often a risk, as many failed bands have learned, but Hovvdy jumps at the chance to inspire a type of music that other bands might not have done or considered, and succeeded at it. The album benefits because of these chances, and the duo’s overall sound has morphed into something not many others have: a sound that is their own.

Hovvdy’s versatility is present, and the simple songs add to the impact of the more complicated jams, making them seem more diverse, intricate and overall helping the band make a name for themselves. Overall, this album boasts Hovvdy’s strengths in making quality music, no matter how different it may sound from everything else.