Taking a glimpse into South Korean culture by tasting local’s favorite dishes with a hint of that satisfying feeling of home-cooked meals.
Rating: B- Photo Credit: Vegas Joa

While driving through the streets of Chinatown in hopes to find a new place to dine in, I came across Garionban, an authentic Korean restaurant. Although I’ve never heard or seen it before, little did I know I discovered another hidden gem.

Originating from Seoul, South Korea, Garionban’s mission is to simply provide meals for those that appreciate traditional, home-style cooking. Made for healthy food-lovers, they maintain authenticity through fermentation and aging of their stock. With Las Vegas being their only other residing location, my expectations of the restaurant were pretty high.

Mainly popular in South Korea, the first dish we ordered was Galbitang ($13.99), a beef short rib soup. Identical to phở—a Vietnamese soup consisting of broth, rice noodles, herbs and meat—it was oddly similar in flavor. The meat came off the bone easily allowing for simple bites and the broth had a fragrant smell and savory taste, yet still complimenting the meat and vegetables as well. With the mixture of multiple tastes and textures, the soup still felt like the perfect meal on a cold, rainy day. 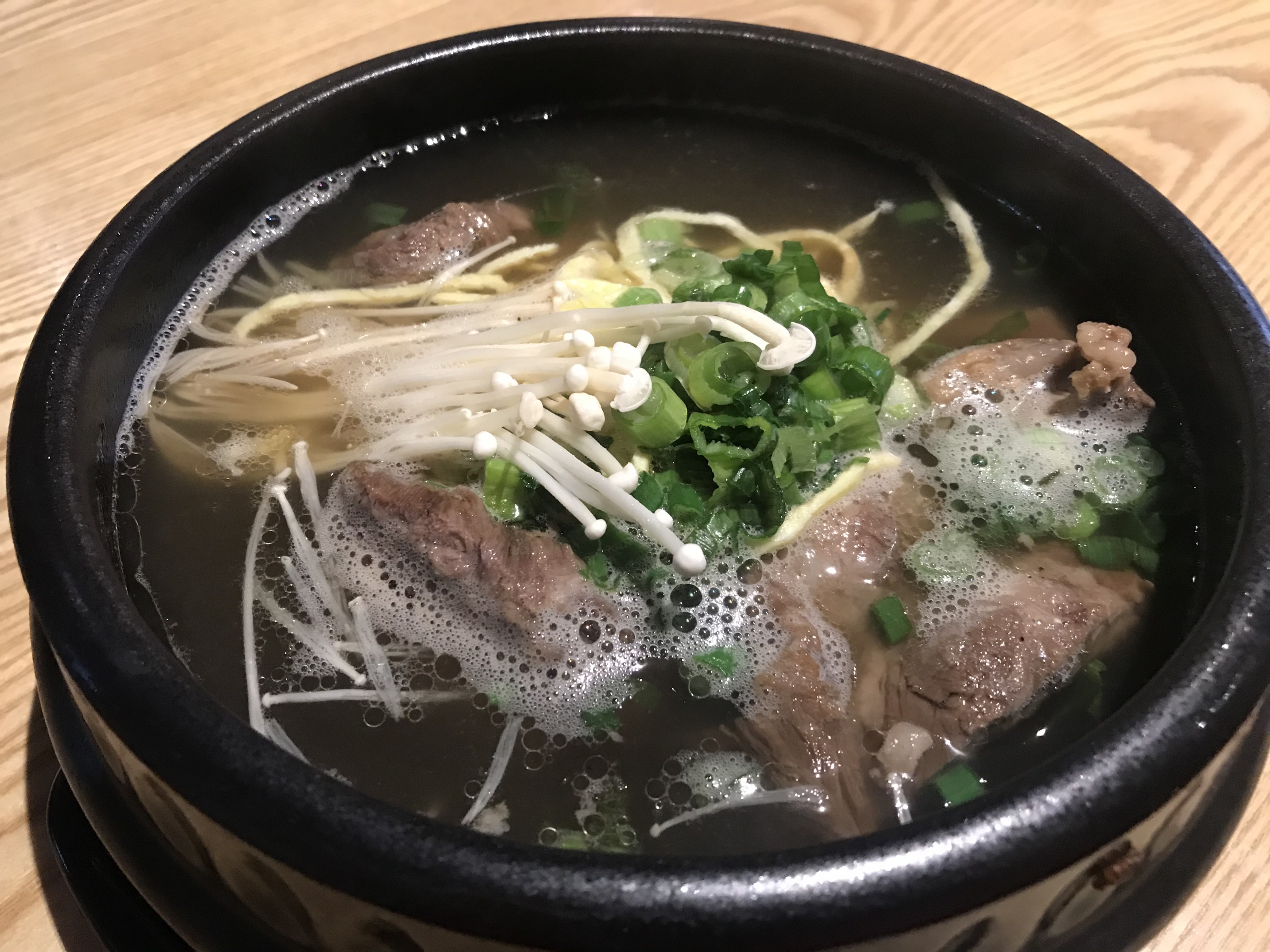 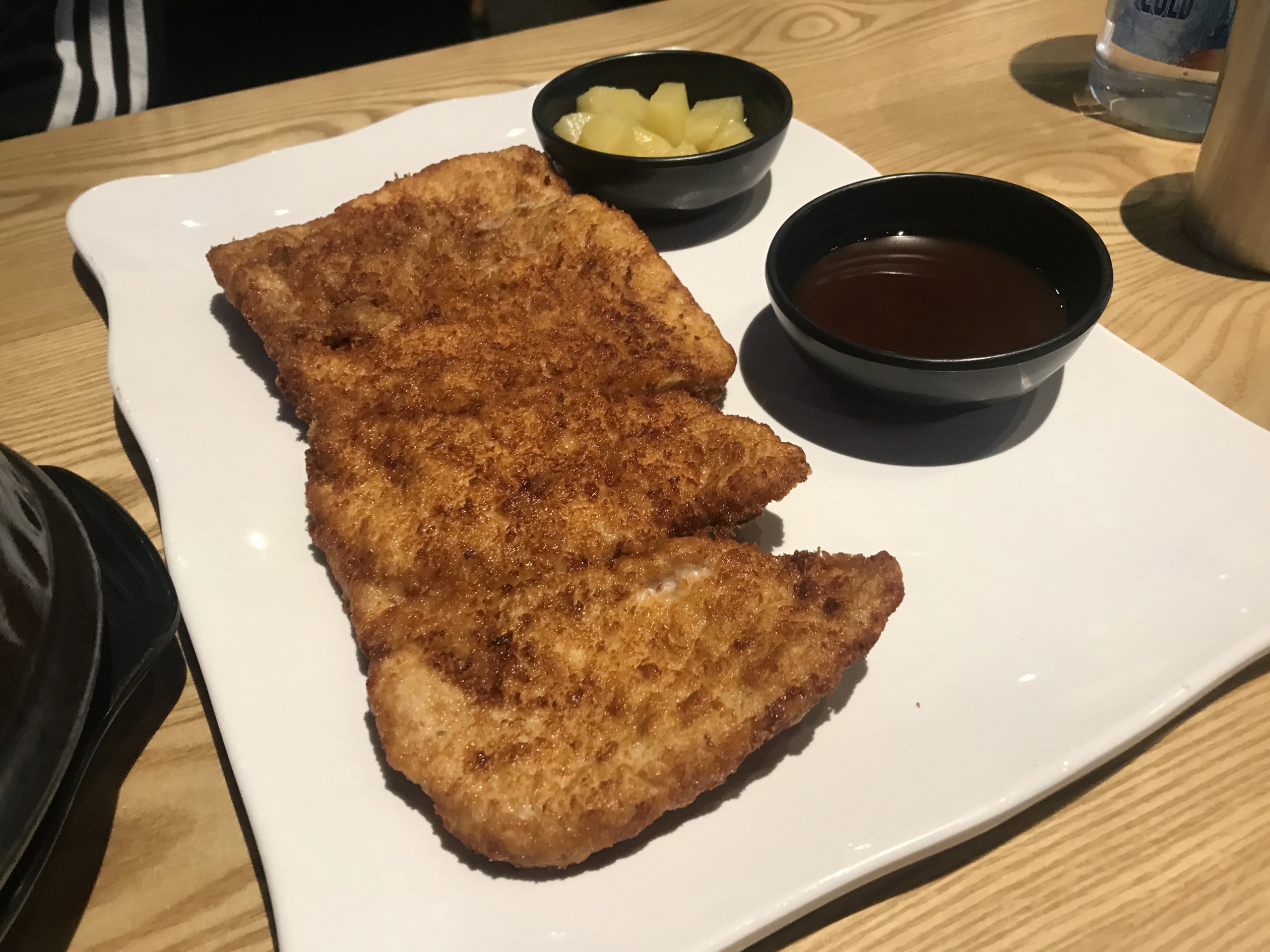 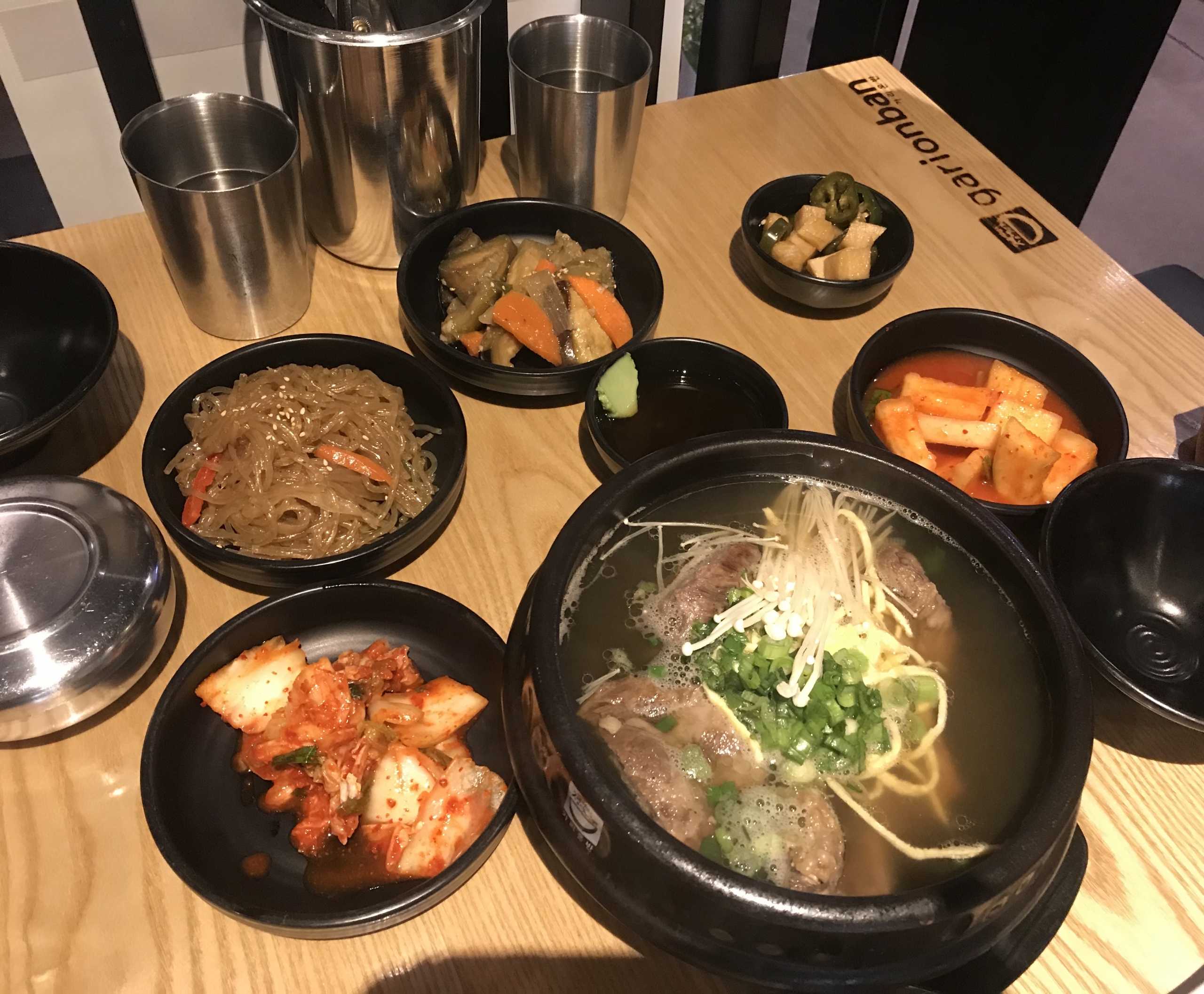 Secondly, was the King Donkatsu ($16.99), a breaded, deep-fried pork cutlet. Smaller than expected, especially for the price, the dish still had the perfect crunchiness on the outside with soft meat on the inside. We knew it was made to order when it was still sizzling after we received it. Accompanied by a side of pineapples and a side of “house sauce” that tasted similar to BBQ sauce, it only made the cutlet even tastier. The only downside, however, was how delicate the skin was, leading to it fall off the meat and leave lots of crumbs.

Lastly, I didn’t expect much of the Banchan (free with order), another name for small side dishes, to taste any different from a typical Korean BBQ restaurant. Proving my assumptions right, the japchae was not very memorable and it mostly consisted of just noodles, instead of adding more carrots and greens to spice up the dish. The eggplant, too, contributed no seasonings for additional flavor, making it my least favorite of the meal.

Garionban exemplifies a not only aesthetically pleasing interior, but a nice sit-down restaurant when you want the satisfying feeling of warm, home-cooked meals away from home. Overall, the decision of coming was worth it and I’d definitely return again to try more dishes.