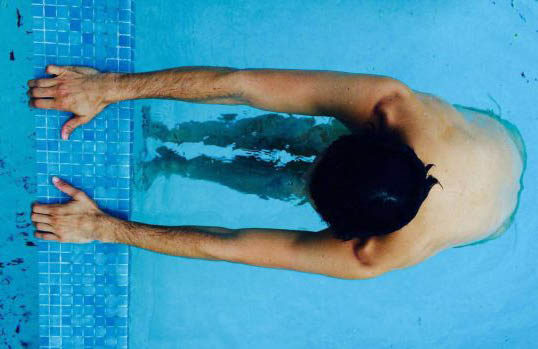 Francis and the Lights incorporates unique renditions of pop and electronic creating his own style in “Just For Us.” The artist published this album containing his constant sound of synthesized instruments.
Rating: A-Photo Courtesy of Akeem of Zamunda

Bright piano chords and electronically produced beats play as Francis’ sings with his effortless and exuberant voice embracing his original style. On Francis and the Light’s latest album “Just For Us,” auto-tuned vocals are blended with the synthesizer to create a balanced sound.

Producing songs for artists such as Drake, Chance the Rapper and Frank Ocean, Francis Farewell Starlite decided to form the musical project “Francis and the Lights.” The title originates from his first name and ‘the lights’ refer to actual stage lights, not a backing band.

Listening to the opening song, ‘Morning,’ I noticed the cheerful piano riff — a sound that I would use as an alarm to wake up to in the morning. I admire how Francis’ calm voice provide a contrast against the accented piano cadence. Soft snaps and synthesized trumpets enter near the middle of the song adding a variety of sounds so the piano doesn’t become repetitive.

My favorite piece on the album is ‘Cruise.’ This song includes a considerable amount of synthesized instruments as well as Francis’ auto-tuned voice; however, I feel it is well balanced. Neither the instrumentals or vocals overpower one another resulting in a coherent combination of both.

All things considered, Francis’ subtle auto-tuned voice compliments the electric sounds. His short bursts of lyrics explain past events that he shared with his significant other. Francis also illustrates his emotions in the song “Faithful.” Although the lyrics are straightforward, the connotation behind them are authentic, “… but I could be faithful to you.”

While the electronically produced beats and tones are cool, I would have liked to hear more natural organic sounds that were not generated from a synthesizer. Melodies from a bass guitar or even from a brass instrument would have been nice to hear for contrast.

“Just For Us” embodies the electric wave of music that is largely absent from mainstream outlets. Francis and the Lights is able to create an album full of electronically produced sounds ranging from the bass all the way to the actual vocals of each song. Although the use of electronic sounds are continuous, he is able to incorporate just enough instrumental variety so the album does not become tiresome to listen to.