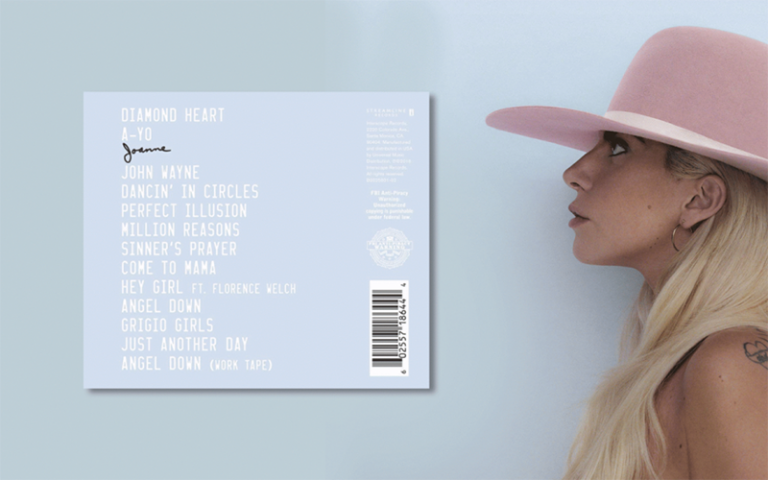 Trilling in “The Fame Monster,” singing sweetly in “Cheek to Cheek,” and now putting an uplifting vibe to difficult times in “Joanne”–Lady Gaga is a master of manipulating different genres to fit her unique, and unmistakably powerful voice.

Partially inspired by an aunt who passed away before Gaga was born, Joanne Stefani Germanotta, the themes of “Joanne” center around family, love and dealing with emotion in general. The album has gentle influences from rock, pop, country and a multitude of other genres which meld together.

The first song on the album is “Diamond Heart,” a slow introduction to a sound that Gaga’s audience is unfamiliar with so far. In a dramatic build up and reveal, the powerhouse voice that Gaga is known for slowly takes over the song. The meaningful lyrics and striking nature of this track remind me of a toned down version of Gaga’s stereotypically iconic works, like “Bad Romance.”

Much of this album focuses on Gaga’s vocals, and this trend is introduced in the titular song “Joanne.” The track is down to earth–with layers and layers of acoustic guitar making the otherwise somber melody sound sweet. True to Gaga’s typically deep-seated lyrics, “If you could, I know that you’d stay / We both know things don’t work out that way,” is simplistic yet moving. A similarly passionate song that stood out to me was “Million Reasons,” which swells and wanes along with the love-torn lyrics.

Another recurring element I found myself enjoying throughout the album was the upbeat, almost country-like twang heard in tracks such as “John Wayne” and “Sinner’s Prayer.” Both songs put a sultry spin on the innocent, effortless melodies through the use of electric and acoustic guitars, and solid percussion. I found myself impressed with the fact that the album managed to emphasize Gaga’s naturally powerful voice with equally stunning instrumentals.

Despite the heavy themes dealt with in “Joanne,” Gaga manages to tackle each of them with grace and positivity. One of my personal favorites is “Come to Mama,” a song with a busy chorus that is symbolically reminiscent of a bustling family life. Lyrically, “The only prisons that exist are ones we put each other in,” is a blunt truth and perfect representation of the honesty throughout the album.

At the end of the last track, I was left with the impression that Gaga had truly poured her soul into every song on the album. The wholesomeness of “Joanne” mixed with the eclecticness of Gaga herself resulted in an emotionally charged work–it showed off the best of her while lyrically acknowledging the difficulties she has faced in life.