‘Listen’ to The Kooks 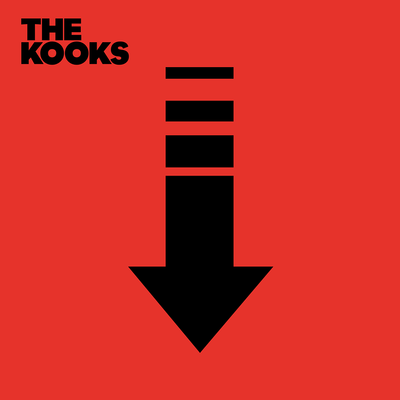 'Listen', the fourth studio album by The Kooks, captures romance and heartbreak in a new light.
Similar Artists: Arctic Monkeys, The Strokes, and The Fratellis
Grade: A
Photo Courtesy of Music Chaotic

British indie rock band The Kooks change their ideal alternative sound up with Listen, adding hints of jazz and R&B to their tracks. A balance of both indie rock and jazz, the band’s fourth album is an incandescent and eccentric compilation that takes a new twist on the true meaning of a desire of friendship and romance.

The band consists of frontman Luke Pritchard on vocals, Hugh Harris on guitar, and Peter Denton on the bass. Up until 2012, The Kooks had temporary drummers; however, Alexis Nunez soon joined the picture and received a permanent spot in the band. Ever since their debut in 2006, the band has been signed with record label Virgin Records.

Listen introduces itself in its booming first track, “Around Town.” Electric and buoyant, the aforementioned track immediately urged me to tap my feet and nod my head. While most of the song is a compliment to my ears, the beginning is the only aspect that could be improved on, as it starts off with a distasteful lo-fi, high-pitched chorus. Lyrics such as “You can get yourself into a fight/If that’s the way you wanna live your life,” encourages rebellion and independence, which are some virtues that today’s society is in a despairing need of. Personal to Pritchard, the roller coaster of romance circulates throughout the album in dynamic themes that cover both the process of falling in and out of love.

While first track “Around Town” replaces The Kooks’ original sound with R&B, sophomore track “Forgive and Forget” adds a pinch of 60s-esque psychedelia to the mix due to the track’s intricate and nostalgic guitar riffs. “You say you need someone to love you/But it ain’t me/So I forgive and forget you” make up the track’s most significant mantra, pridefully expressing the acceptance for an ex-lover. I have high regards for 60s rock, therefore the track instantly became a highlight and favorite out of the entire album, thanks to courageous lyrics and a sound so similar to Pink Floyd.

As a mixture of The Arctic Monkeys, The Strokes, and The Fratellis, Listen has earned itself the spot of being the ideal album for those moments of triumph and feat.

With Pritchard’s echoing lo-fi harmonies and old-fashioned instrumentals, the album is a mystifying dynamic between the past and the present. The past’s clarity shows in the track “It Was London,” harboring an 80s rock feel, while exhibiting a tale of a man who was assassinated by the youth of London. The track serves as  a representation on how adolescence is often detested and overlooked in today’s society. Though complex and reminiscent, the track is redundant in melody, which increased my impatience greatly. The lyrics “Can you believe it was London?” appears seven times in a row, each time seeming to go on longer than the previous.

However, the rest of the album compensated for this track’s monotone with tracks with more variety, providing intuitiveness such as in the track “Westside.” The track, unlike the rest of the album, is more of a slower and calming composition with an 80s-esque usage of the bass and synthesizer.

On a grade scale from A-F, Listen would receive an A for cleverly displaying various decades through each song, along with different genres as well. The album’s title is fitting because Listen is something to be heard by all.