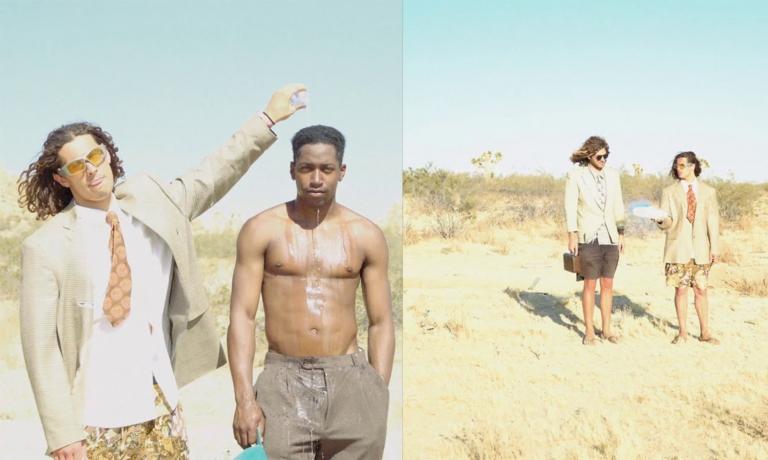 Like most indie artists, originality comes with a touch of weirdness. Indie band, Marlin’s Dreaming, does a perfect job of balancing their energy and melodies in their album ‘Lizard Tears.’ Originating from New Zealand, the four members met in a surf shop where they picked up a new sound–an alternative beach-like vibe.

It’s rare to find a surf rock band, but Marlin’s Dreaming breathes new life into the genre through their alternative and indie album. Not only do they incorporate the smooth electric guitar riffs, but they also add bass and mellow drums–inventing their own unique psychedelic atmosphere.

The lead singer, Semisi, executes a broad vocal range which isn’t common in the indie genre. While listening to the album, he dramatizes parts of the song to create intricacy. In a few songs, Semisi even sounds like a completely different person by dropping his pitch.

Of the nine tracks, “Need You” is my favorite due to the slightly slower instrumentals. The chorus picks up, creating a balance within the relaxed tempo. Although the lyrics may seem quirky, the meaning behind them is genuine, “…and your space boots, I suppose you kind of were cute. / The smoke would be fine at a place like this, oh bring back the moments of bliss.”

The band does a good job at keeping the listener intrigued by eliminating the instrumentals as if the song was ending, but then coming back with a more intense set of drums. They also perfectly accentuate his vocals by having meaningful lyrics about the admiration of others.

‘Lizard Tears’ includes relaxed tracks that create a perfect scene to listen on a road trip or even relaxing or even while at the beach. Even for their first album, it’s originality brings on a fresh rediscovery of surf rock which I am excited to hear more of in Marlin’s Dreaming’s future.