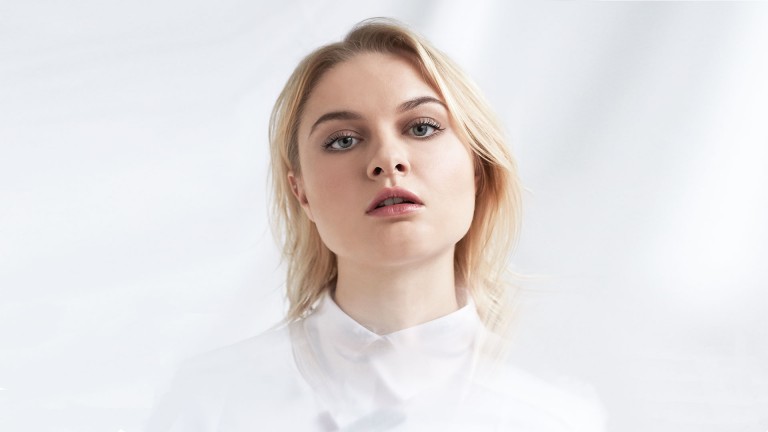 British-born and raised, Låpsley’s background is rich in classical music and skills in playing the oboe, piano and guitar. She initially caught the attention of the public after releasing a home-recorded debut EP by the name of “Monday” on Soundcloud. Only three years later at the ripe age of 19, Låpsley reached peak success after producing multiple EPs consisting of songs that pulse at the seams of electronica norms.

Quite possibly the most notable quality of Låpsley’s music is her vocals. At first listen, she bears a tone similar to Adele, but stands alone with the artistry she incorporates into her vocals. For instance, in “Station,” I initially perceived two different vocalists contributing to the melody until I found out through further research that Låpsley alters her voice to achieve a richer and more masculine version of her pristine vocals. Her range is practically inconceivable, as she flourishes in both high and low pitches.

As if her vocal mastery was not enough to make her worth listening to, her lyrical artistry further propagates her musical excellence. Although her lyrics seem to bear little significance due to its lack of context, they actually contain a deeper meaning that pairs well with the melody and her vocals. In “Painter,” Lapsley sings lyrics that, truthfully, are difficult to comprehend: “You can paint these winds and make me fly/Crush coming over like the R.E.M. kind/Orange in the color like blackpool on the sunrise.” Although the lyrics repeat throughout the song, the variations in haunting instrumentals and fragile vocalization make each round seem like a new destination. Her lyrics are beautiful in its perplexity.

“Long Way Home” features a sensible, yet interesting use of instrumentals. Rather than adhering to the classic guitar and drum set, Låpsley tests out her possibilities by sampling piano riffs, finger snaps and artificial drum beats. Her instrumentals play a key role in establishing the mood for her music, such as in “Silverlake” with the bass and percussion that create a sense of mystery and ambiguity.

Unfortunately, I only found a number of songs worth saving to my playlist, many of them being songs from previously released EPs, such as “Station,” “Painter,” “Hurt Me” and “Falling Short.” These songs contained melodies with expertly-crafted minimalism and perplexing lyrics. Only a few new songs appealed to my taste, most notably “Operator (He Doesn’t Call Me).” The track is invigorating with its loose, groovy undertones and walking bass lines, which are paired with a natural swing in her voice that strayed away from the solemnity of the other tracks of the album. The album indeed has its highs and lows, but I would have liked to see her musical ingenuity prevalent in more, and if not, all the songs, rather than just a handful.

“Long Way Home” is a well-crafted album that pays attention to almost every possibility to explore in the realm of electro-pop. Låpsley’s experimental audacity is alluring, and even more so that she is able to produce music that successfully balances between comfort and psychedelia. Fans will be pleased to see previous favorites return to the big show, but will be slightly disappointed due to absence of their favorite Låpsley qualities in the new releases.