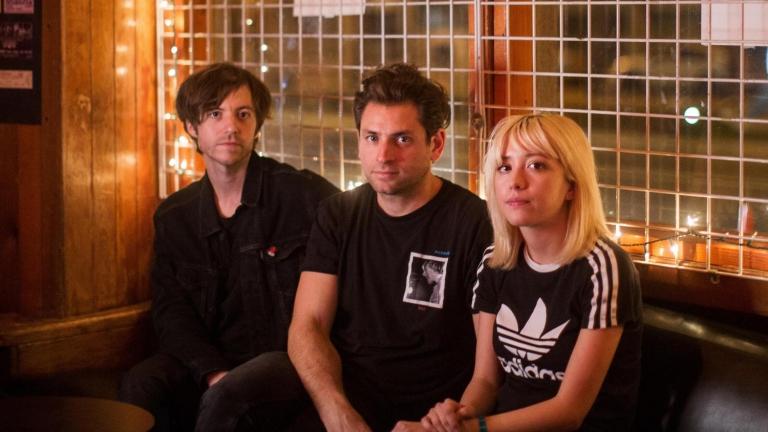 Lo Moon’s first album embraces their love to create a different feeling for their listeners. They are not afraid to bring in elements from different genres into their own song.
Rating: B Photo Courtesy of WUWM

A year after releasing their debut single “Loveless,” the Los Angeles-based trio Lo Moon presents their first eponymous album. Lo Moon brings a cinematic, ‘80s pop vibe to their songs that compliment each other rather than clashing plus, the record imitates a cool, dark and meditative exploration of bittersweet joy and sadness.

Lo Moon is a band that is composed of lead singer Matt Lowell, bassist and keyboard player Crisanta Baker and guitarist Samuel Stewart. As a trio, their main goal is to make music “that wants to be heard,” and they strive to send listeners to a different place with each song.

One thing that is prominent about the album, is that it is inspired by other rock-based music. For example, the volume of the music gradually builds up with even more intense hooks. Lo Moon even manages to perfectly mix electronic with guitar solos, which styles the album as a whole.

The very first song on the album and my personal favorite, “This Is It,” demonstrates the construction of the album perfectly. When comparing the slow calming tunes of the first verse to the strong hook, it ultimately balances the song. The track’s diverse sound genuinely compels my interest throughout the rest of the song.

Lowell’s voice is unmistakably the most striking component in their music because of how easily his tone affects each of the songs he appears on. In the song “The Right Thing,” Lowell sings, “I sang a song with no words/It sounded absurd/But it brought my numbers up/‘Fair game’/Or whatever works/For better or worse/Who are you to be the judge?”

Lyrically, this song is a metaphor for romantic possession or a man who is materialistic with a guilty conscious and this can be heard throughout other songs on the album. It makes me interested in hearing situations the singer has been through or has made up.

As the band has mentioned in previous interviews, they tend to make longer songs so they can incorporate an abundance of feelings with each sound, which does make them stand out. However, the tracks can drag on and reach over seven minutes long which made me lose interest. I would rather keep it short but have a series of songs that go along with one another like the album “Skiptracing” by Mild High Club.

Despite the lengthy songs, Lo Moon’ has shown me to follow your own style, the album has been on repeat on my phone for a while now. “Lo Moon” has achieved using multiple genres–alternative, indie and classic. Their determination of making a band, creating songs and wanting to be different stands out.