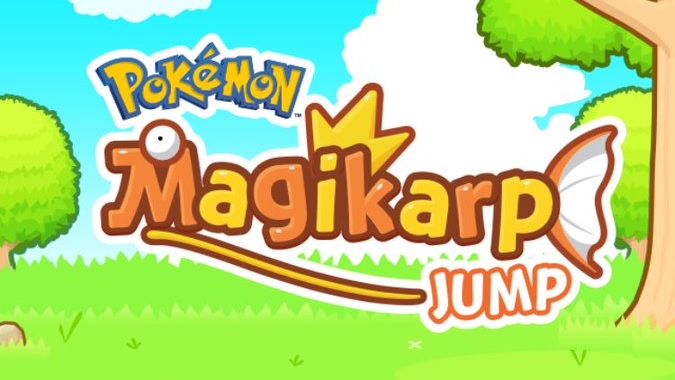 Despite looking cute, this game fails to deliver any enjoyment that would last more than 10 minutes. This game would be perfect for one of those fishes that have a three-second memory.
Rating: D Photo courtesy of the Pokemon Company

I don’t regularly play any games on my phone nor do I particularly enjoy the run-of-the-mill lineup of games. ‘Magikarp Jump’ is, in-a-nutshell, a game where you raise a virtual fish called Magikarp. How riveting. But aside from the mundane-sounding objective, I still found myself playing for over an hour on my first go, despite how bored I was.

Admittedly, this being a Nintendo game, I haven’t been forced to view a 30-second advertisement which is a gracious breath of fresh air. Instead, funding is granted by players purchasing premiums from the in-game store in order to advance throughout the “story.” Speaking of which, all you do is progressively challenge other trainers with Magikarp that gradually get higher stats.

Whether you’re playing for 10 minutes or 10 hours, it still feels like you’re playing the same level over and over again. Come to think of it, this entire game is a vicious cycle of tapping the screen. Once you lose a couple matches, your Magikarp retires and you have to raise another one all over again. And if that wasn’t annoying enough, random encounters within the game will kill your Magikarp.

This game mainly consists of grinding levels in order to win the next round. It’s not necessarily hard or anything, but repeatedly tapping on food and waiting a couple hours for your energy to refresh is time not worth spending. Although you could choose to spend real money in order to progress through the game faster, then what’s the point of doing so when your Magikarp eventually retires? 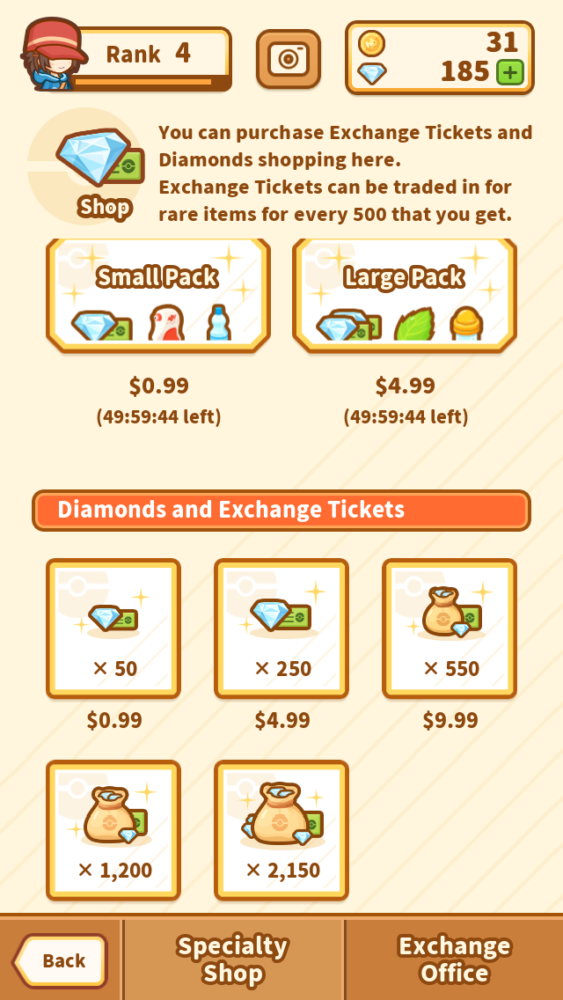 If there isn't much to do in the game, then there isn't a point to spending real money if this game lacks real enjoyment 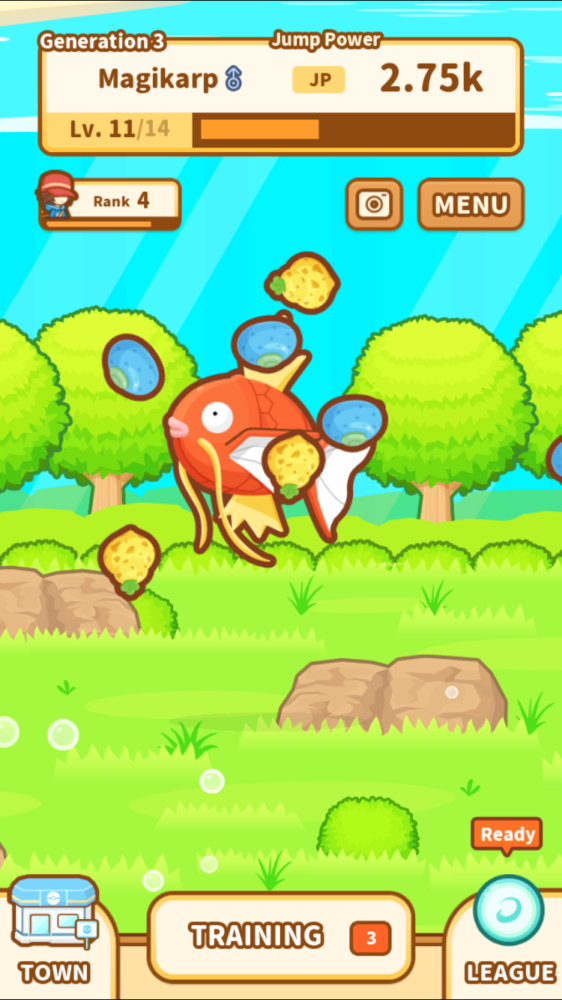 Most of the time, you're tapping on the screen to feed your Magikarp. 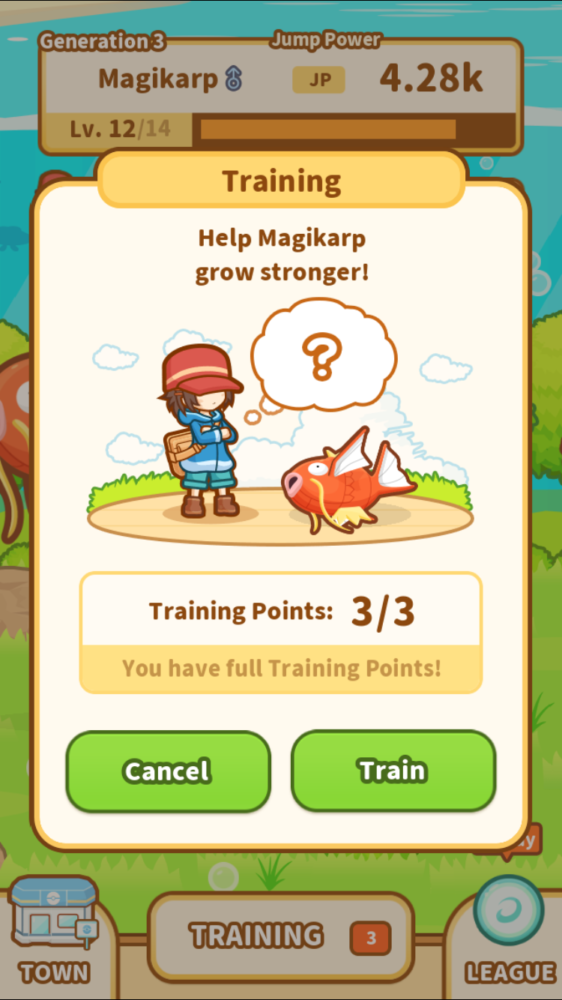 You can also choose to train your Magikarp, you can only do it every 30 minutes. 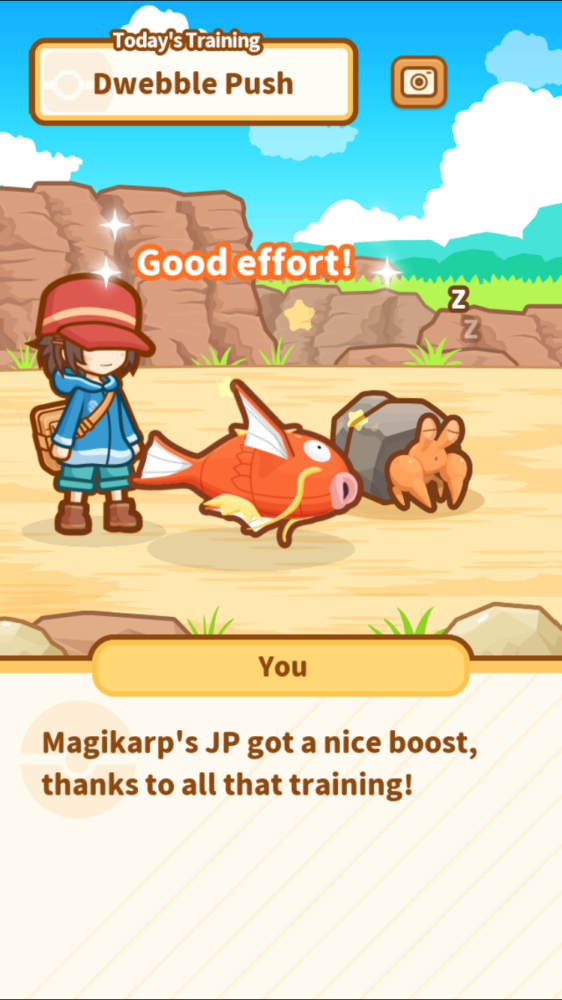 Training isn't as exciting as it sounds, all you do is wait for a cutscene to raise your Magikarp's stats. 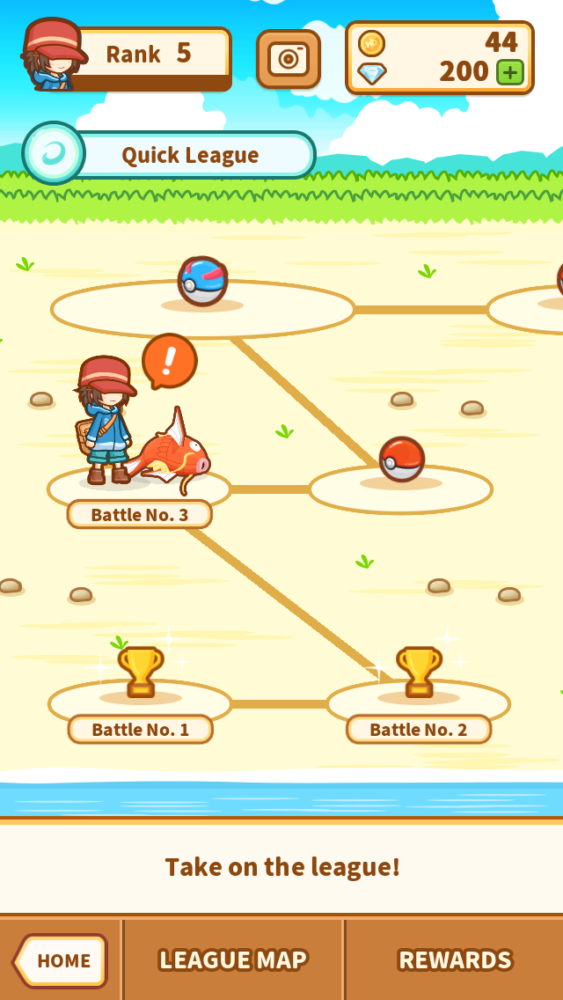 The challenges you face are just copied and pasted onto different names. The maps are redundant and boring. 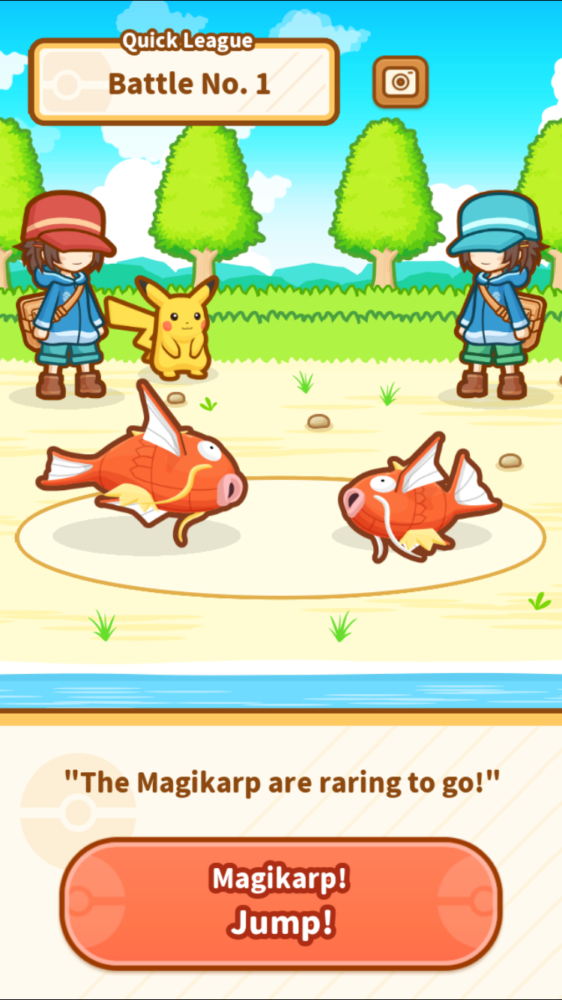 Like the training feature, the battles you face are, again, cutscenes.

“Magikarp Jump” is just a ‘Pokemon‘ game by name and requires no skill to progress through. It’s essentially a rebranded Tamagotchi but with less more to do. Although there are some cameos by other characters from the main games, they usually just reward the player with an appearance and a small reward. Presumably just to remind the player that they are indeed playing a ‘Pokemon’ game.

This game is comparable to popping bubble wrap, except that I would rather be doing that than playing “Magikarp Jump.” This game is the epitome of boring and it’s only saving grace is that the Magikarps are cute. But behind that alluring exterior hides another typical boring app.