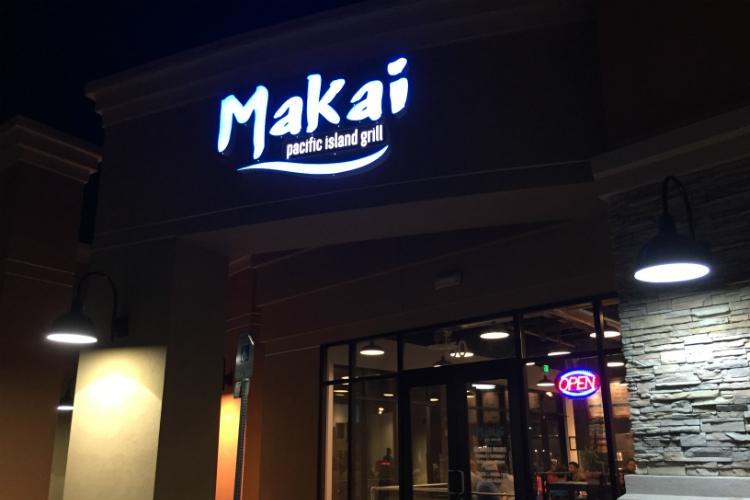 Hawaiian food is often sought for in the Las Vegas valley, but very rarely do establishments deliver authenticity. Places like “L&L” and “Ohana Hawaiian BBQ” are the go-to’s for island flavor, but a new restaurant has entered the scene: “Makai Pacific Island Grill.”

When my guests and I first walked into the restaurant on a weekday afternoon, it appeared clean and well-kept. Contemporary, low-profile furniture scattered the establishment, creating a welcoming, accommodating environment for those who want to focus on the food.

The restaurant features a wide selection of meats, such as chicken, pork, steak and ahi tuna, prepared to appeal to the Hawaiian theme. With the options of teriyaki chicken, katsu chicken, mochiko wings, kalua pig, pulehu (Hawaiian-style) steak and poke (marinated raw fish prepared with vegetables and spices), customers may have a hard time deciding what they want. There are also a number of sides, such as garlic edamame, macaroni salad and kimchee slaw, as well as white or brown rice for the base.

Unfortunately, the size of the portions were very disappointing. When we were watching the employee place our choices onto the plate, he was very minimal with the amounts, only giving us one to two small servings of meat. It was not until after we asked him about it did he offer us more.

As someone who is from Hawaii and very familiar with the way they prepare their food, the meat components were authentic and tasted as if my own family cooked them. The pulehu steak, however, was difficult to chew, but did not lack in flavor. The kalua pig was tender, stringy and packed with flavor. The breading on the mochiko wings were crispy and added some needed season and spice to the meat of the chicken. However, the meats appeared as if they were out for quite some time because they looked dry.

My favorite side was the kimchee slaw, with its slight spicy kick and refreshing quality. I enjoyed being able to balance out the robust flavors of the meats. The sweet corn was not particularly unique, but was a satisfying filler that enhanced my meal.

Makai Pacific Island Grill is one of the only restaurants serving Hawaiian food that opted for a fast-food approach, making for an interesting and unique experience. While the flavors truly aligned with the Hawaiian standards, the size of the portions fell short.