Meet me at the corner of ‘Mulholland Dr.’ A mixtape filled with a variety of genres 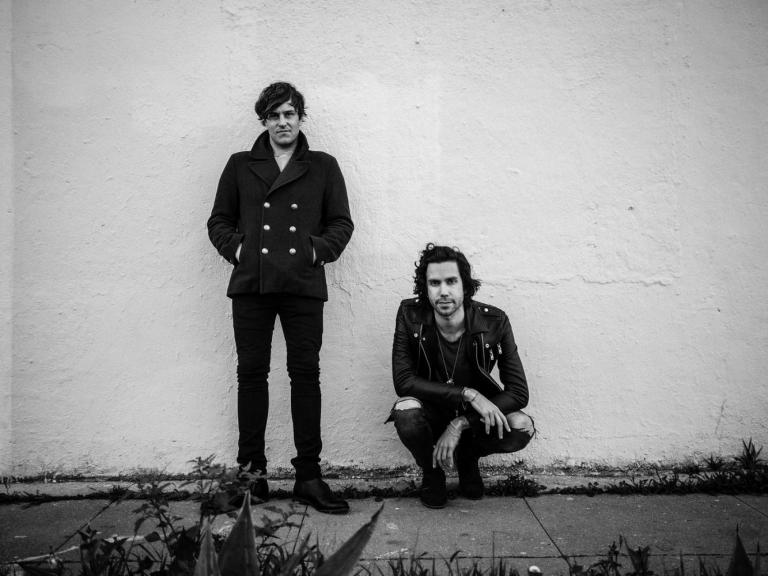 The Palms new mixtape shows their love for music and their diversity of music. They use their own twist and mix multiple genres into one song.
Rating: B Photo Courtesy of The Palms

Loud static starts to play as a man talks about the ‘Sunset Strip’ of Los Angeles. After 20 seconds, the music plays, growing louder as a continuous clap creates a beat, then psychedelic sounds add to the clapping and more instruments continue to come in as vocals sing rhythmic lyrics. As a group, The Palms bring more originality to the table with their sound than a normal indie band would.

Johnny Zambetti and Ben Rothbard are the two men who have been making music together since 2011, and created the band, The Palms. Their first mixtape is comprised of seven full-length songs and four introductory tracks that are less than a minute long and mimic a radio host talking with interference, like the song ‘Sunset Strip.’

As I listened to the mixtape, intense and surreal vocals invited me to each track, which made me notice similar lyrics that echoed to not take anything from anyone, creating a common theme. In ‘Don’t Waste My Time,’ lyrics like, “Won’t let it get the best of me / But the celebrity obsession is depressing me / Sometimes I feel like it’s testing me / Man, all I want is something real” represent what, The Palms, really think: they want the best for themselves.

My personal favorite song, ‘Beach Daze,’ is instantly appealing to me, as it has lyrics that seem peaceful like, “Beach daze on weekdays / Floating into outer space.” When the bridge starts, you can only hear the light piano notes and softer vocals from Rothbard, which creates an even more soothing and carefree feel to the song.

Zambetti and Rothbard have shifted to creating music that is different from the start of their career, aka, their very first EP, ‘Party In Eivissa.’ Now their music is as catchy as pop, yet integrated with some elements of blues, hip-hop, rock and reggae. Before, it was the cheesy pop music from the early 2000’s, that didn’t express the true duo they are, but now it seems they have truly grown into being real to themselves.

Even though The Palms have been making music for a while, there is no doubt that they will rise in popularity because of their incomparable sound. In each song they promote a message, I believe that it is to follow your dreams.