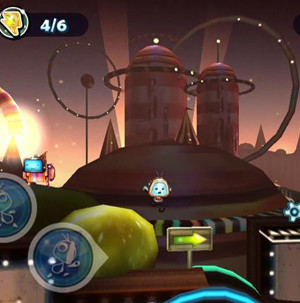 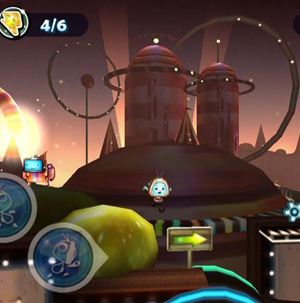 Cordy jumps from ledge to ledge in order to move forward in the level.
Rating: B
Courtesy of Silvertree

Cordy 2 is the new, fun, and adventure sequel to “Cordy.” The planet has just been attacked and it is up to Cordy to save his world. In order to win, he must navigate through each level while still collecting the abundant gears. Along the way, there are helpful signs to help guide Cordy through the level and in addition, some of his new robot friends will give him tips. The objective of the game is to help him take back his world and defeat the evil robots.

This is a fun past time because of the background music, character designs and its simplicity. The background music for each level is different. In some levels, it sounds like the ‘70s, but others have an upbeat rhythm. The art in the game is unique because it incorporates such a wide color scheme. All of the characters in the game are in 3D, which gives it a more realistic feel to it.

On the other hand, the game is very easy to play. This is not a game where there are a lot of hard obstacles. At the end of each level, the player is judged on how well they did, but if they are not happy with the ranking they have received, they can replay that same level.

Throughout the game, achievements can be earned. Cordy 2 has only four free levels, but a full game can be purchased for $4.99. Overall, the game is a great way to pass time.