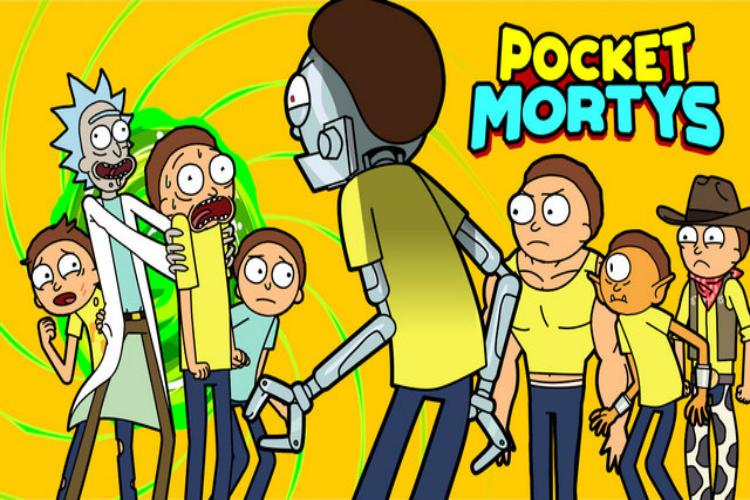 In the animated show, Rick and Morty, the main characters travel to alternate dimensions and meet multiple versions of themselves. This lays the foundation for the absurd and unique storyline of “Pocket Mortys.”

This game is not subtle in hiding the fact that it is a clone of Nintendo’s multimillion franchise, “Pokemon.” However, instead of going around and capturing cute little creatures, you roam through different universes to capture alternate versions of Rick’s wimpy sidekick, Morty—along with meeting several characters from other episodes.

You first start off with a battle against Mysterious Rick and Stray Cat Morty in a garage, eventually chasing him into a different dimension. The main storyline follows Rick, who battles each dimension’s Rick to earn a badge, in order to defeat the council of Ricks. This system is incredibly similar to “Pokemon’s” goal of collecting badges to defeat the Elite 4. It may seem like a complete rip-off, but “Pocket Mortys” realizes its cliché and doesn’t take itself too seriously.

After the first few minutes, the training wheels pop off and the game starts to become a training montage. You continuously level up the different Morty characters, which you collect along the way. There are many types: Hippie Morty, Veiny Morty, Ad-Space Morty and more. But it is slightly morbid how easily replaceable Mortys are after they die (or as the game puts it, “daze.”)

“Pocket Mortys” thrives off of the lore and weird encounters depicted in the television series. Attacks like Morty’s “Outburst” matches his personality in the show, as he complains and whines at every given second. Each attack has an element: rock, paper or scissor. Rock beats scissor, scissor beats paper and paper beats rock—shocking isn’t it? 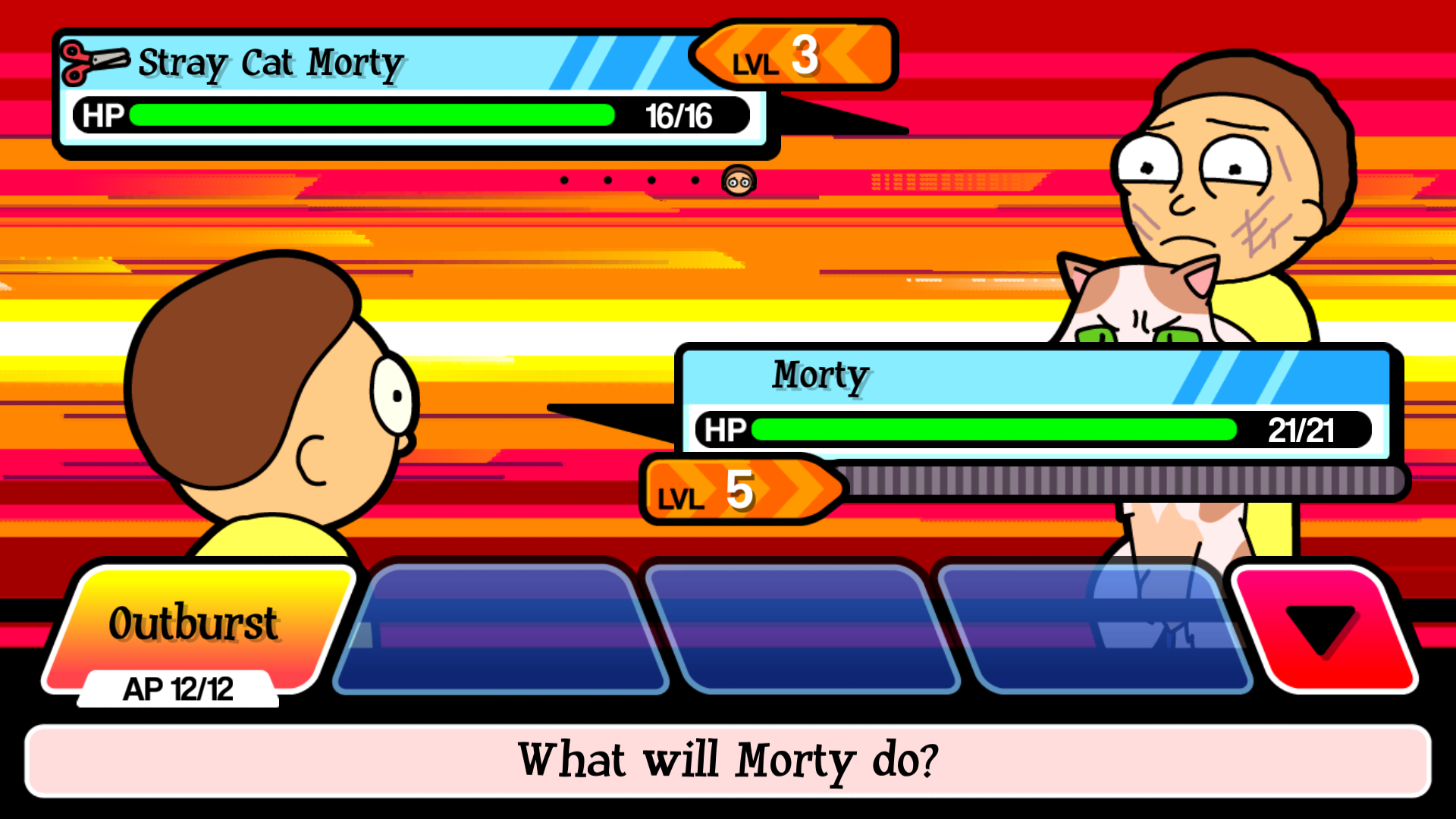 "Pocket Morty's" heads up display while in combat is extremely similar to Pokemon's HUD. 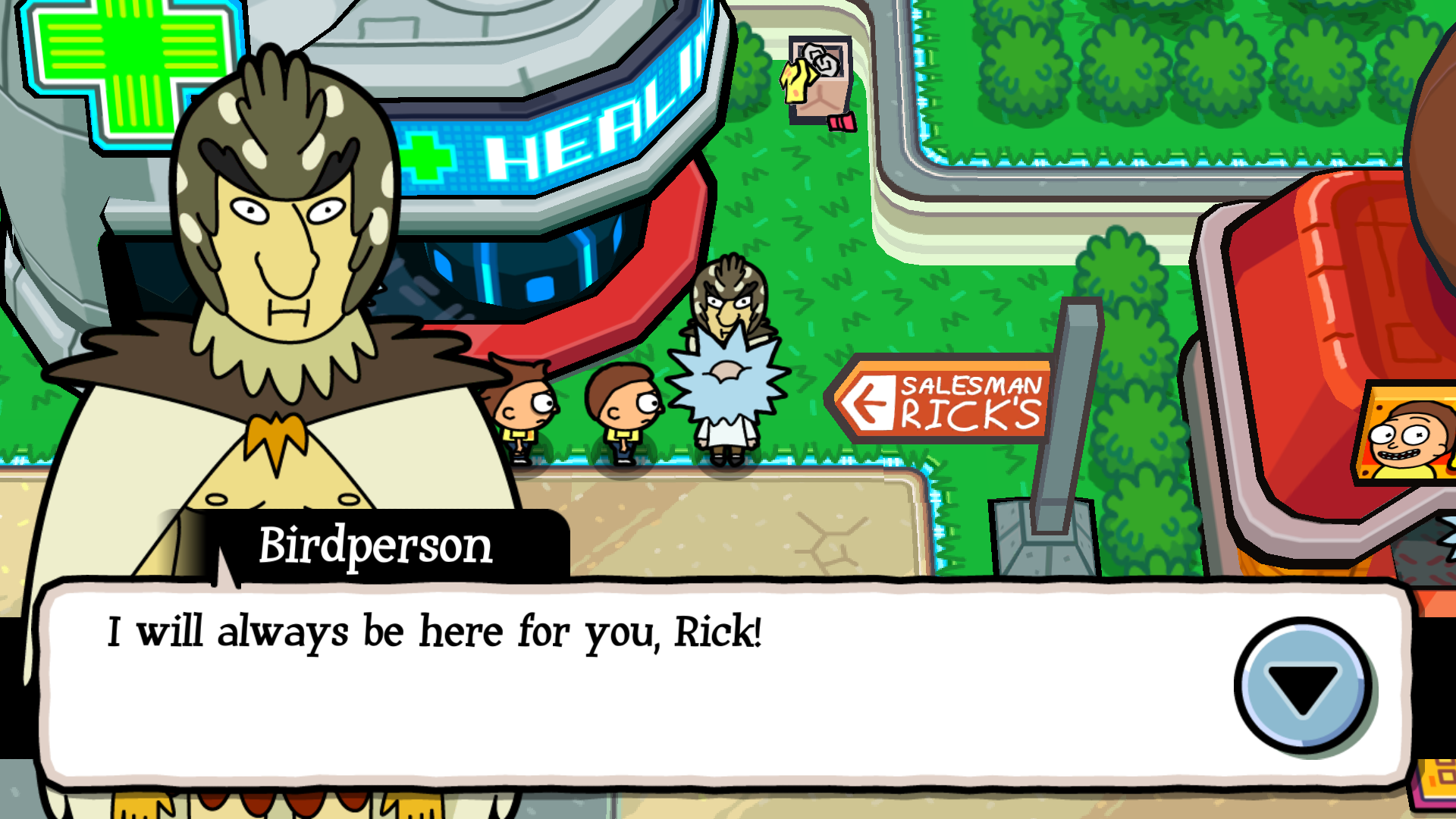 Birdperson is a reoccurring character which happens to be your savior after your Mortys daze out. 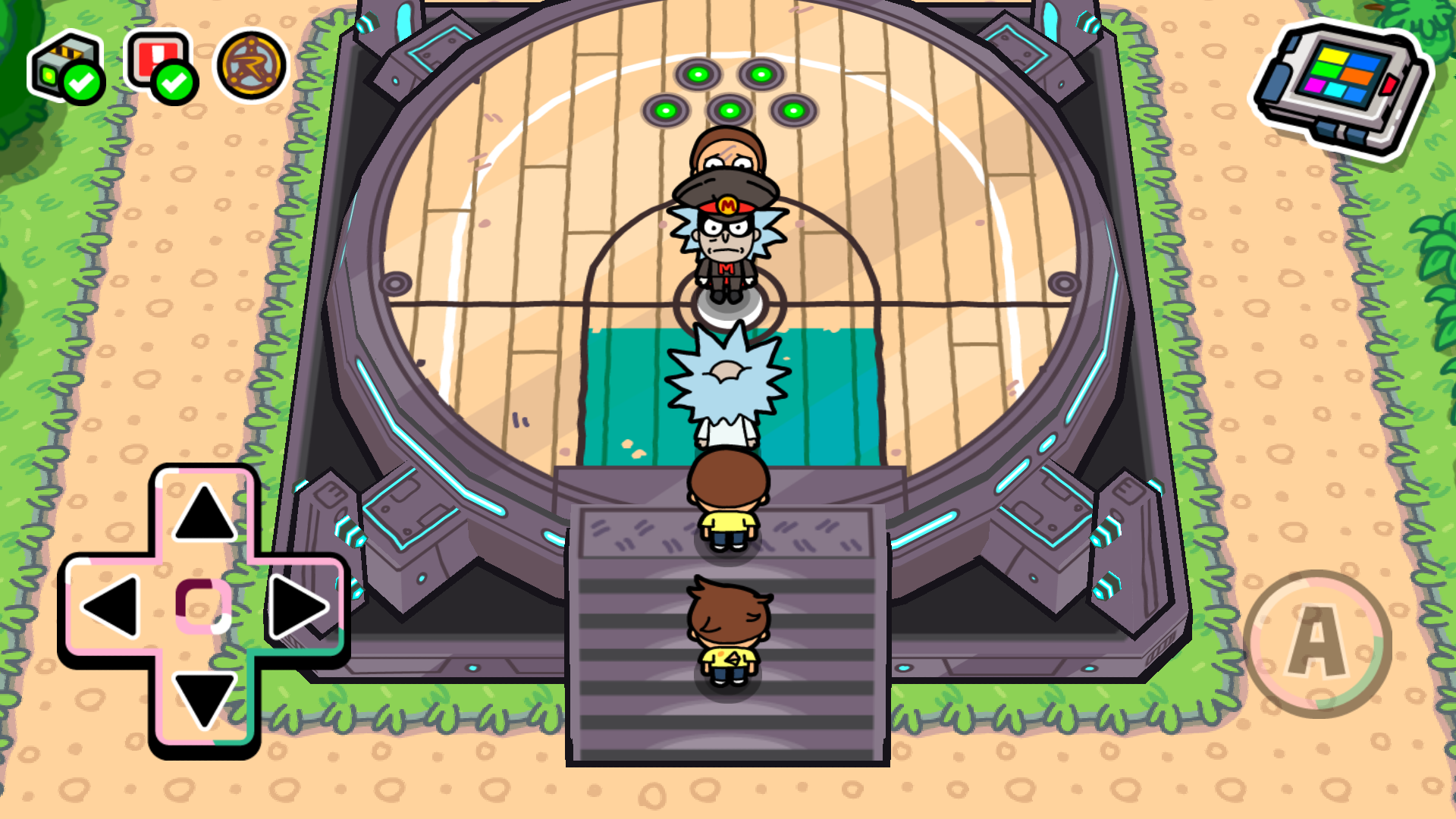 Each dimensions has it's own Rick, defeating Rick will progress you through the main storyline. 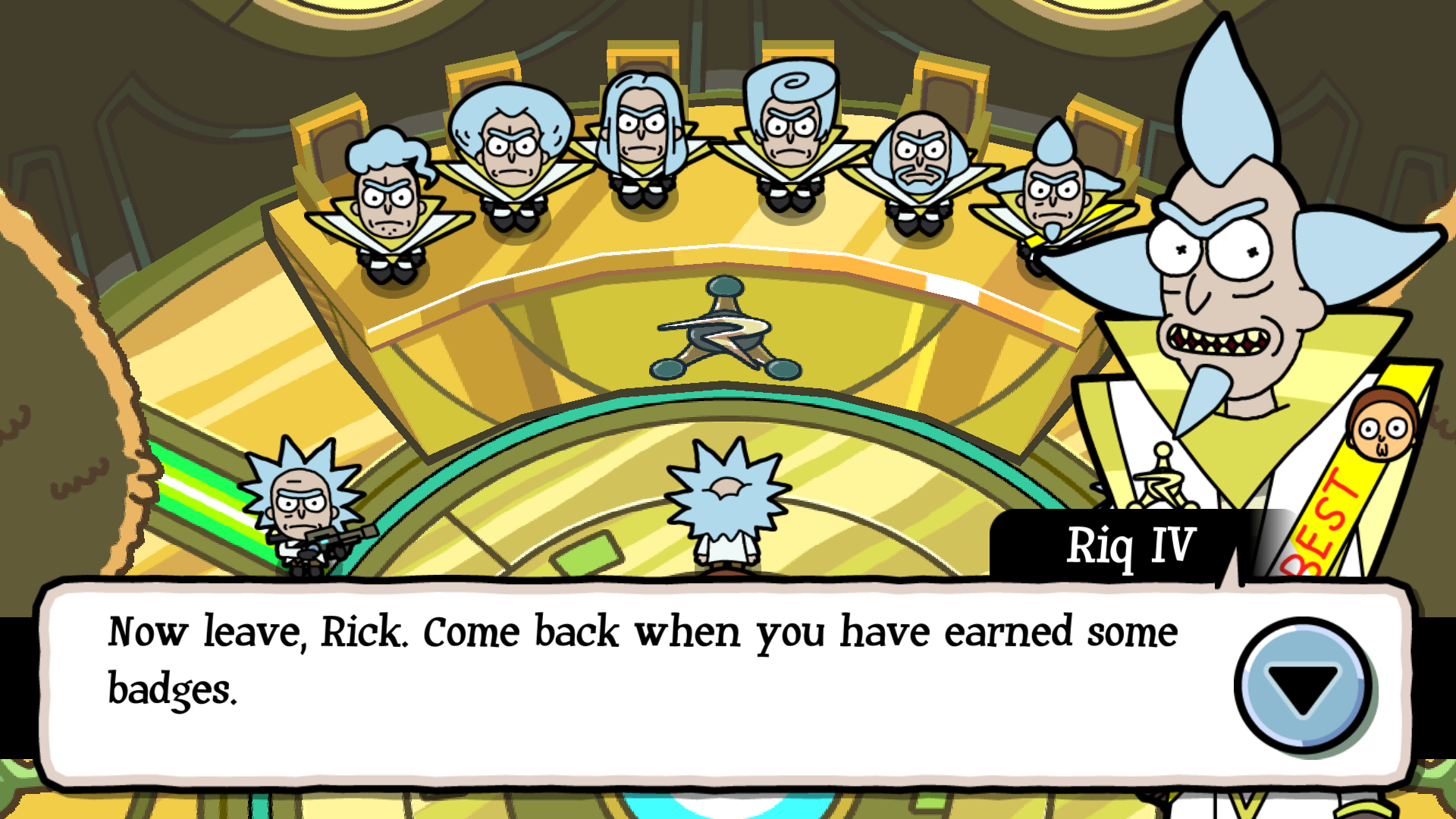 The Council of Ricks makes a return as the main enemy the player wants to defeat.

Along with the simplified combat, having your Mortys daze from running out of health is not an uncommon occurrence. “Pocket Mortys” is unforgiving for players who do not take the time to train and let their Mortys grow—you know, like an actual person.

“Pocket Mortys” succeeds in parodying the “Pokemon” franchise, along with pleasing fans of the animated show with multiple easter eggs. I have not come across any bugs or exploits, even if the game was only released last week. “Pocket Mortys” is worth the download and you will be spending hours on end torturing your virtual Mortys.