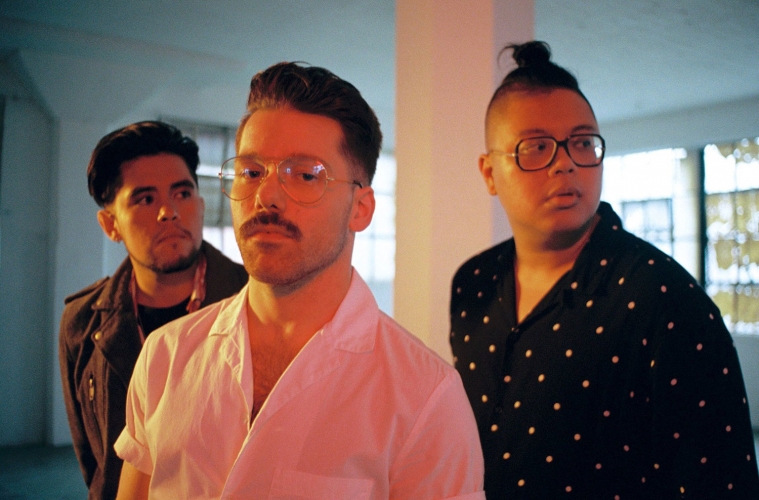 Starting off in the music industry just for fun quickly turned into a professional career for Arizona who now focus their music solely about life in an alternative and electronic genre.
Rating: B+

“Maybe it’s all in my head, maybe it’s me instead, oh / I shoulda stayed inside, I never shoulda gotten outta bed,” is just one of the many lyrics on Arizona’s new album, “Asylum”, focusing on the struggle of battling mental health and trying to fight a never-ending war with yourself. As a band performing for a young audience, their choice to sing about serious themes wrapped into pop-dance tracks shows the risks this group is willing to take.

Arizona members Zachary Charles (lead vocals), Nate Esquite (guitar) and David Labuguen (keys), started their career as a way to pass the time while they were in Boston, but never had a serious intention to continue with the band, until they went back to their home state, New Jersey. After returning home, copies of their album “Oceans Away” started selling at a rapid pace, and the band realized that this could become their career.

One of the best parts of this album is the band’s choice to mix electronic and alternative sounds together with their emotional lyrics. For example, in ‘Freaking Out,’ the chorus says, “I, I’m blacking out and I can’t help it/It’s killing me, I’m burning up inside / woah I’m a mess right now and I’m just freaking out,” the raw emotion and connection to human internal conflict reminisces on the difficulties in life, eluding to depression.

What’s most interesting about Arizona’s songs is while the subject matter seems like it would better suit a screamy emo song, it’s actually built on a bouncy indie-pop base. In the song, “Where You Are,” Charles sings, “I just wanna be where you are, oh / anywhere else, oh, but here, right now,” the juxtaposition of the song’s message about not wanting to be in his position and the sound are worth a couple re-listens to truly appreciate its value and meaning.

In their song, ‘Nostalgic,’ Charles sings, “Cause I caught myself not being caught up with the times / It’s all locked up inside this giant hole, this stupid quicksand life of mine,” explains the singer’s feelings of being locked away and reserved. Arizona further discussed in an interview that they want their fans to understand that they know what having terrible mental health feels like. This song is one of my favorites because the lyrics convey their story about battling hard times like depression or heartbreak. Personally, I’ve been through that struggle, and it’s a bonus to be able to relate to the lyrics of the music you are enjoying.

In short, ‘Asylum’ is a great album. It shakes up the standard expectation for pop music and allows the listener to express their emotions with the band.