‘PopBoardz’ serves no purpose in the world of productivity 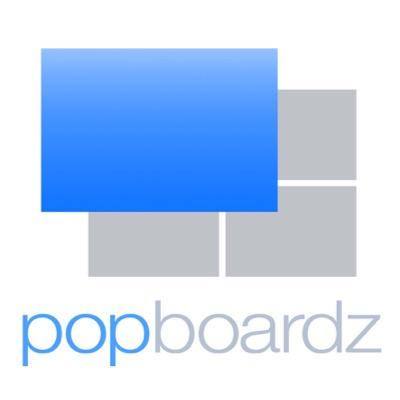 “PopBoardz” is an embarrassing approach to new methods of presenting. Grade: D Photo Courtesy of PopBoardz

Projects are the pinnacle of the high school curriculum – whether it is an assignment on the history of William Shakespeare or the significance of cell aesthetics. In this time of evolving technology and intelligence, new approaches to displaying your skills are in the midst of an academic revolution. However, “PopBoardz” does not step up to the plate and hopelessly fails as a result of sloppy efforts.

Upon launching the application, the graphics on your phone will turn sideways, and a very unexpected and unnecessary video explaining the purpose of “PopBoardz” will show up. From there on out, it is only downhill, and I found myself frustratedly tapping on an unresponsive screen. As far as aesthetic appeal goes, the application is as mundane as a plain sheet of paper, or in this case, sixteen sheets of paper.

After the video fades, the user is left with a very unattractive grid occupied by sixteen boards. The entire purpose of the app is somewhat similar to a mood board, in which ideas are displayed in a collage. In order to add information onto each board, the user must tap and hold down until a page appears with various tabs that provide many ways to add content—such as importing from iCloud Drive, Dropbox, your phone’s camera and more. What makes the app stand out from the other collage makers out there is that multiple features are available for use, such as videos, images, documents and web sites. There are many possibilities provided, but “PopBoardz” still falls short of its true potential.

I attempted to create a grid that revolved around the theme of Japanese culture, one of my strong interests, and found myself completely uninterested and upset at the sheer fact that this application lacked purpose. Tapping and holding down onto each individual board quickly became a hassle, and I eventually stopped trying at my third board. I was highly disappointed because this app has great potential and shows a unique approach to presentations. As a student, finding this app was a glimmer of false hope.

The concept of “PopBoardz” could possibly be a phenomenon in the world of presenting and displaying ideas; however, it is a poorly executed idea, rather than an efficient tool. To those in desperate need of presenting in a new light, steer clear of this application. Creating a slideshow on Google Docs would be more tasteful.